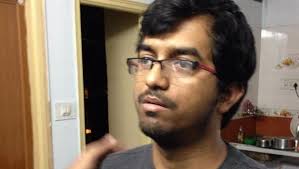 The arrest of an Indian national, Mehdi Masroor Biswas, following a sensational disclosure by Britain’s Channel 4 that he was operating a pro-Islamic State Twitter account should serve as a wake-up call for Indian intelligence and security agencies. Investigations reveal that his tweets, written under the name Shami Witness, were the most read and followed among the active ISIS jihadists fighting in Syria and Iraq. According to Channel 4 report, his tweets, seen two million times each month, made him perhaps the most influential Islamic State Twitter handler with close to 18,000 followers. The popularity of his twitter account can be gauged from the fact the new recruits planning to join the Islamic State, also known as ISIS or ISIL, were heavily influenced by his posts. The information that he was running about Islamic State activities on his Twitter account was becoming a source of stimulus for these recruits.  While he may not be having any direct link with the militant organization, but he greatly influenced the minds of the recruits.  If Mehdi is to be believed, most of his followers were English-speaking terrorists. That Mehdi had been active for several years posting and re-tweeting views which propagated the violent ideology of the ISIS speaks volumes of the complete failure of Indian intelligence agencies. Had there been no alert from the foreign media house, Mehdi’s identity could have gone unnoticed and he would have enjoyed a longer free run.

What we are witnessing today is a new version of terrorism. Gone are the days when these terrorist groups employed uneducated, jobless youth, largely from the rural background.  The movement is acquiring a very deadly shape after it has drawn in its fold several highly qualified technocrats, who are religiously motivated and indoctrinated bent on establishing an Islamist state.  The use of social media for the global spread of its ideology is a tactical masterstroke. No wonder, the Islamic State has been infusing significant funds and resources to its social media campaign. Technology is their latest weapon. The group has been glorifying its activities by regularly releasing audio messages and high definition brutally graphic videos of executions of western hostages and captured soldiers. What concerns the most is that this informal network of supporters active on social media may not be directly associated with the militant organization, but they are helping it by magnifying its reach. Who would, otherwise, have thought that an unsuspecting Indian youth was inspiring hundreds of youth of the US and England to join the jehadi war in Iraq and Syria?  This is a dangerous trend, whose ramification is hard to imagine.

India has every reason to feel concerned about the rise of the ISIS. Some of the recent events point to the lurking dangers which lie ahead. It is now widely known that four Indian men from Mumbai suburb Kalyan had flown to the Middle East to fight for the Islamic State. Kalyan engineer Arif Majeed, now under arrest after his return, told investigators that he was part of a radicalized group of 40 college students who spent a lot of time on the internet, surfing information on terrorist groups and Islamic preachings. Eventually, only four, including Majeed, left for Iraq to join the ISIS.

Then in September, Al-Qaida leader Ayman al Zawahiri, widely believed to be in hiding in Pakistan, appeared in a video announcing the creation of a new Indian front in a call to Muslims in South Asia to join the “caravan of jihad”.  In the 56-minute video, Zawahiri said the new terror group would fight for Muslims facing what he described as “injustice and oppression in Burma, Bangladesh, Assam, Gujarat, Ahmedabad and Kashmir.”  It is believed that, in the face of the spreading influence of the Islamic State in the Middle East, Zawahiri is now turning his attention to almost half a billion Muslims who reside in Pakistan, India and Bangladesh.

India is facing a renewed terrorist threat due to internal, regional and global factors. It is feared that Pakistan-based militant groups, now active in Afghanistan, may turn their attention to India once the US-led coalition forces make their gradual exit. It has happened earlier also when Pakistan had directed mujahideens to Jammu and Kashmir once the Soviet led forces withdrew from Afghanistan. That was the start of terrorism in Kashmir.

It is now clear that we are not safe by securing our borders only. The enemy is within us. There may be several Mehdis operating in the country. There is an urgent need to upgrade and strengthen our intelligence network to keep a hawk eye on such elements to thwart their nefarious designs. We can ill-afford to be tipped off by a foreign channel or intelligence agency every time.