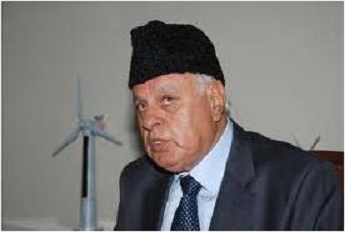 Farooq Abdullah is the Union Minister for New and Renewable Energy with the government of India. He holds this portfolio because his political party, National Conference, is a part of the governing United Progressive Alliance (UPA). As a Union Minister, Farooq has a significant say in the affairs of the country, especially those pertaining to his home state. At a personal level he admits to having close ties with most of the senior politicians so he can push his word across.

With a background of this nature the statements that he has made with regard to the status of the armed forces special power act (AFSPA) in his home state, Jammu and Kashmir, come across as immature and incongruous. In the course of a meeting of his party’s central working committee held recently in Jammu and also during an interaction with the press on the sidelines of a book release he has stated that it was the army that was blocking the revocation of the AFSPA in the state.

An observation of this nature coming from a Union Minister is worrisome since it gives a political colour to the country’s defence forces that have always remained apolitical and subservient to the government of the day. Perhaps the Hon’ble Minister is not aware that the army has constantly reiterated that it merely gives assessments and recommendations with regard to the security situation in Jammu and Kashmir to the Union and the State governments and status of the AFSPA is a part of the overall recommendation. The army is, by no means, in the decision making loop of the government so far as the law is concerned. Under these circumstances, any attempt to fire salvoes on its own political alliance from the shoulder of the Indian armed forces that are held at very high esteem by each and every citizen of the country does behove a person of Farooq’s stature.

The reality is that nobody, least of all the army, is keen on the continuance of the act in Jammu and Kashmir or any other part of the country for that matter. The army would like nothing better than to sit back and enjoy the salubrious climate of the beautiful region after handing over all internal security duties to the police. The government at the centre, on its part, definitely does not like being given the tag of being draconian simply because it has to maintain the act in the region.

The problem is that the state government has not been able to create the right climate that could give to the Union government the necessary confidence to revoke the legislation. As soon the situation in the state takes one step toward normality some negative incident takes place that forces return to the status quo. Take, for instance, the recent turn of events; after a few encouraging tourist seasons the state is now looking in the face of renewed separatist instigated violence whose catalyst is the very legitimate execution of a terrorist and enemy of the nation – Afsal Guru. In recent times, the state has witnessed a sharp increase in terrorist activity in tandem with the protests engineered by divisive forces. Under these circumstances, even thinking of lowering the security guard would be suicidal; yet Farooq Abdullah thinks it proper to make loose statements with regard to security.

Actually putting the entire blame on the state government would also not be in order. It has to contend with some very powerful foreign sponsored forces that thrive due to the leniency of the Indian democratic principles. The divisive forces have to be contested by democratic political means that tend to be long drawn and time consuming. The silver lining is that due to the unstinted support of the people and the sustained efforts of the governments at the centre and the state whose integral part is the security forces, the situation is on the mend slowly but steadily. That the state government has achieved this degree of success is no mean feat. The idea now is to wean away the small constituency that the divisive forces are thriving on and make them redundant in the scheme of things; this is very much achievable but it will require time and patience. Most importantly, the system that has produced results should not be tampered with since progress can be made only by following the well trodden path. This is definitely not the time to play around with the security paradigm that has produced such encouraging results.

It can be stated with a fair degree of confidence that the army would not remain in any internal security role even for a minute more that what is directed by the government of the day. The revocation or otherwise of a security enabling legislation is purely in the domain of the political leadership of which Farooq Abdullah is a part. The experienced and seasoned political leaders who form part of the government, as also a large chunk of the opposition leadership, is not in favour of immediate revocation of AFSPAfrom Jammu and Kashmir. This is because they know that the desired political climate is not in place. The leaders of the mainstream political parties of the state are also aware of this fact but they somehow find it difficult to desist from playing politics over this very sensitive issue.

It is important for a nation to speak in one voice on issues concerning security, it is not proper to play politics with soldiers who are putting their very lives at stake for the good of their fellow citizens. If AFSPA needs to be revoked for heaven’s sake do so, but in the meantime do not subject the topic to open political discussions in

forums like party meetings and book reviews. The Indian soldier deserves better than this.