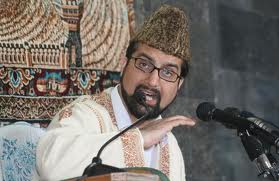 Kashmir, with the advent of summer every year, gears up for a boisterous political battle. The pattern for the last few years has seen the architects of turbulence emerge from their winter hibernation to jostle up the serenity of valley. But unlike the previous instances, this year a new pattern seems to be emerging. It is not even May and the murder of Maulana Shoukat Ahmed, chief of the Jamiat-e-Ahli-Hadees (JAH) on Friday, April, 08, in Maisuma, Srinagar, before leading the prayer in a Mosque belonging to his own sect, has charged up the political atmosphere in the valley. Speculations are rife about the message that this assassination is conveying and what things will look like in the future.

It seems that this year is going to throw numerous challenges to the separatist and others alike. The global political chaos, especially in the Islamic world and Pakistan in particular, will not allow the continuity of the earlier tried and tested approach towards Kashmir. There will be some polarisation and switching of sides. Who will support whom, is something that only time will tell and circumstances will dictate. Whether global support for the separatists will increase or decrease is something which will emerge in the next few months.

But what is more pertinent at present is the hidden forces which have mastered the art of using the twin weapons of sabotage and assassination at the right time when positive momentum towards peace starts to build up. Last year the valley suffered at the hands of emotionally charged mobs which were unable to see through the political charade of the separatists. This mistake accrued high political and economic cost and proved to be a major setback to the much needed development efforts that the State administration had initiated in concert with the centre. Maybe a similar methodology is in the throes of being applied this year also. If so, can the valley afford a similar wastage year after year?

It is well known that the problem of Kashmir has its roots in Pakistan. These roots feed the separatist and anarchists of valley. The political conundrum of Pakistan is having its impact over the valley politics. The rift between the Pakistan Army and the President of the nation has stalled any new development in the Indo-Pak dialogue over Kashmir. The Army’s General Headquarters (GHQ) Rawalpindi, is in wait and watch mode. The Pakistan Army Chief, General Kiyani and his ISI boss Shuja Pasha both have got three years extension and will see the departure of the present Pakistani government. The Army, till then, wants to keep everyone busy in the usual fashion in Kashmir.

The Pakistan Army has also has understood that making terrorism the prime factor in the Kashmir valley again is a near impossible task. But it is well aware that the nuisance value of the terrorists still operating in the Valley and those who can be pushed in from time to time is very high since they can make both, the moderates and hardliner separatist’s, toe their line with minimal effort. Pakistan has long back interlinked Kashmir with Afghanistan when it directed Afghan Jihadi’s towards Kashmir. Hence, while maintaining the status quo on the aforementioned lines the GHQ is not ready to open its cards till it is not sure which way the US and NATO will go in Afghanistan.

In the meantime, the public support for Kashmir in Pakistan has declined and the hardliner Islamists are the only one who still support the cause. Under these circumstances the political establishment cannot continue to support the cause or pander the separatists. To make the Kashmir issue more integral to Pakistan masses, water sharing between the nations has been pushed as an issue in the last three years. The public commentators rhetorically accuse India of water theft without substantiating their claims. The water issue is simply a means to reconnect the masses with Kashmir. The message is simple, Kashmir is must for water thus non negotiable.

All said and done, the separatist need to see through this opportunist shifting of the goalpost by the government of Pakistan and the Pakistani Army. They should also understand Pakistan’s strategy of punishing anyone who does not toe its line. What could be the reason for killing Maulana Shaukat Ahmad who was pro independence and was the leader of the most widely followed Firqa /sect by Jihadi groups? The answer is simple, he talked to interlocutors and opposed stone pelting, he was a free minded and thus dangerous. Hence he was removed from the scene and the act was done in a manner that served the twin purpose of removing an irritating thorn and also setting the pace and tone for the coming months.

It is time that Hurriyat realises that the curtain has blown and now every one understands the realities. The public understands that India is marching ahead in the global arena and Pakistan is sinking and it expects a rational response from its leadership. They Hurriyat leadership must make an effort to understand the agony of their own fellow Kashmiri’s, it should also acknowledge that the times have changed and it would be better for them to change with the times. If things go bad in Pakistan and its Army is left with no option but to focus completely on internal affairs and its western front it will have no compunction in dumping the Hurriyat and their other stooges in Kashmir. At that stage it will become very difficult for them to pick the threads. The call given by Chief Minister Omar Abdullah to the separatists to join the mainstream is in the right spirit. It is now up to the latter to heed to it or be left out of the new dynamics currently unfolding in the valley.