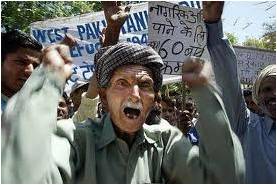 On December, 10, like every year since 1950, the world will celebrate human rights day. This date coincides with the adoption and proclamation of the universal declaration of human rights by the United Nations General Assembly’s in 1948. In Kashmir, the day will undoubtedly be marked, as usual, by protests orchestrated by the miniscule separatist segment of the society and the polity. There will be some candle light vigils, a sit-in or two especially so outside the United Nations Military Observers Group headquarters in Srinagar, some seminars etc for a vocal round of India bashing, some street protests and such like disruptive and provocative activities. This has been going on for many years now and there seems to be no indication of any change in the process this year.

While the disruptive elements go about doing what they are best at doing, it becomes necessary for all right thinking people to identify what actually constitutes human right violation in the Jammu and Kashmir. First and foremost is the violation of human rights of the security forces, which includes the Indian army, the Para-military forces and the JK Police, who are called upon to carry out counter terrorist operations in their own land amongst their own people simply because the world cannot get together and control a rogue neighbouring country which has, for many decades now, been involved in a blatant export of terror through a porous and contested border.

Next is violation of human rights of the Kashmir Pundit community which was driven out of their homes nearly three decades ago by these very foreign terrorists and their sold out indigenous sponsors in the name of religion and Jihad. Today, even as the state government makes loud professions of normalcy having revisited the Kashmir valley, the struggle of these hapless people does not seem to be going anywhere even though they have constituted many organisations like Panun Kashmir and knocked upon many high and mighty doors to voice their problems.

The next in line are the hapless people of Kashmir who will face a gross human rights violation on the human rights day itself. Many will be forced to shut down their business due to calls of Bandh by the separatists; children will not get to attend their school, the ill will not get treatment, the poor daily wager will not get to earn his keep. All this will happen because the separatists will wish to put up a show of strength. This disruption of normal life at the behest of the Hurriyat and other separatist elements, which happens at fairly regular intervals, is the grossest form of human rights violation for the civil society of the Kashmir valley especially the students and the poor people.

Human rights violation in Jammu and Kashmir is not restricted to the Kashmir valley alone. Yet another big segment of victims of human rights violation are the hapless Hindu refugees who entered Jammu and Kashmir at the time of partition from district Sialkot. These people, numbering more the 2.5 lakhs today, reside in villages from Kathua to Pallanwalla on the border belt of Jammu. In the past 63 years they have not been given the status of a state subject in Jammu and Kashmir. Three generations of these refugees have, therefore, been denied basic human rights like the right of citizenship, employment, education, ownership of property etc. Being non-state subjects they cannot own any property in the state; cannot get government employment or even own a ration card. Quite naturally, they have no voting rights whatsoever. In real terms this translates into becoming a people without an identity; non-existent aliens in the land. What is even more distressing for them is that their brethren who went on to settle in other parts of India are doing extremely well; a good example being Dr Manmohan Singh, the Prime Minister of India. The government of Jammu and Kashmir is perpetuating the worst human rights violations against these hapless people despite several strictures from the Supreme Court of the country to ameliorate their pitiable plight.

At the same time the government, both at the centre and the state, has drafted a rehabilitation policy to welcome with open arms such youth who chose to cross over to Pakistan occupied Kashmir a few decades back to participate in the terrorist movement against their own country and their people. These people, apart from getting perks and facilities, are granted the status of a state subject immediately on getting back to Kashmir by fair means or foul. One does not have any issues with the decision of the government to rehabilitate what it describes as misguided youth but then justice should be done to all segments of society which clearly does not seem to be the case so far as the refugees from Sialkot are concerned.

It is quite evident that Jammu and Kashmir has suffered from the grossest form of human rights violations in the last few decades. Now the region is slowly emerging from the shadow of foreign sponsored violence and the evil political movement engineered by Pakistan to create fissures in its society. This is the time to put the debate on human rights violation in the right perspective. Each and every attempt to drive focus away from the actual issues needs to be exposed for its fallacy and motivated intentions; at the same time, attention has to be paid to those who have stoically suffered trouble and turmoil to save the region, the country and the society from disintegration.

On the forthcoming human rights day the actual victims of human right violation in the trouble torn region should be identified, acknowledged and provided with the much needed succour. Simultaneously the government should clamp down heavily on such elements which wish to exploit this day to further their anti-national agenda by giving a false and mala fide view of the situation to the international community.