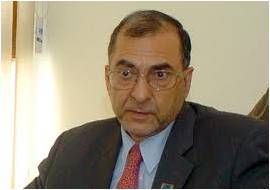 “No human rights are self-executing. Thus, everyone who participates in raising the issues of civil and political rights does yeoman’s service on behalf of the oppressed. What is even more impressive is the willingness to invite risks to life, liberty, and property by those who would speak in the name of civil and political rights against autocratic or cruel regimes. How many unknown champions lie unremembered and unheralded in graves?” said Dr. Ghulam Nabi Fai on the eve of the 105th session of the United Nations, Human Rights Committee which will be meeting in Geneva between July 9 – 27, 2012. The Human Rights Committee is the body of internationally known 18 independent experts who are elected for a term of four years. Currently, Dr. Zonke Zanele Majodina of South Africa is the Chairman of the Committee. The Committee monitors implementation of the International Covenant on Civil and Political Rights all over the world.

Fai emphasized that human rights are no longer accepted as within the exclusive domestic jurisdictions of individual nations. The winds of international law are thus blowing against absolute defense shields for egregious human rights violations. That trend seems to me sound, at least with respect to torture and summary executions. And virtually all civilized mankind concur in categorically condemning the two crimes as morally reprehensible in all circumstances period, with no commas, semi-colons, or question marks.

“The good news is that the globalization of news and broadcasting has brought human rights violations into the living rooms of more and more people, and most are horrified by the pictures. Only a handful of the inveterately cruel celebrate over human rights violations. There would have been no intervention in Kosovo, East Timor or Southern Sudan without television, and ditto for United States mediation in Northern Ireland. That is why many countries fiercely resist broadcast transparency in their domain. Indian Occupied Kashmir is the prime example of that. Sunshine is the best disinfectant for human rights violations,” Fai explained.

Fai warned that “Kashmir is an inferno for fundamental human rights celebrated in both the United States Constitution and the Universal Declaration of Human Rights. The scale of the human rights atrocities in Kashmir dwarf those in Kosovo, Bosnia, Sierra Leone, East Timor and Southern Sudan which have triggered international interventions. But the United States and the United Nations have remained silent, not even employing moral suasion against India’s shocking indiscriminate violence in Kashmir . Is it because they feel less pain, shed fewer tears, or enjoy fewer intimacies? No, it is because the big powers care more about India’s military and nuclear profile and a potential economic market than the human rights of 17 million Kashmiris.”

“The best estimate of extrajudicial killings in Kashmir since 1989 approaches a staggering 100,000. That number dwarfs the killings in Libya and Syria which have brought the world rightfully to tears and revulsion. The 100,000 corpses also tops the death toll for United States forces in Vietnam over 10 years,” Fai highlighted.

“India’s policy towards Kashmir has been uniformly brutal and deceitful. It initially championed, fashioned, and expressly accepted United Nations Security Council resolutions mandating a self‑determination plebiscite in Kashmir administered by the United Nations. India soon dishonored its obligation when it perceived Kashmiris would never vote accession to Indian sovereignty in a free and fair election. It unilaterally proclaimed Kashmir had fallen into its territorial universe irrespective of international law and the contrary insistence of the United Nations,” Fai added.

President John F. Kennedy brilliantly recognized that, “Mankind must put an end to war or war will put an end to mankind.” Winston Churchill advised that it is invariably better to jaw-jaw than to war-war. And Benjamin Franklin advised that, “There never was a good war or a bad peace.” “India and Pakistan must realize that Kashmir has no military solution. It is a political issue and must be resolved through peaceful tripartite negotiations between, India, Pakistan and the leadership of the people of Kashmir,” Fai concluded.