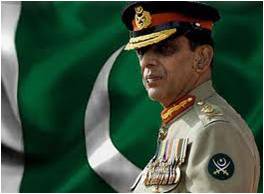 What goes around often comes around. The wisdom of this adage couldn’t be better understood than in the case of Pakistan today. For years now it has been an acknowledged nursery for breeding terrorists that cause mayhem around the world. Today, it is itself suffering from frequent attacks launched on the symbols of the state establishment, especially the Armed Forces, by its own home grown band of terrorists also known as the Pakistani Taliban or the Tehrik-e-Taliban (Pakistan). The organisation has in the recent past carried out a number of suicide

bombings, including the much talked about attack on Pakistan’s premier Naval Base PNS Mehran.

The irony of the situation that is much like the ‘fence eating the grass’ is brought home more strongly when one recalls the genesis of the Taliban. The original Afghan Taliban is a product of Pakistan’s ISI. These were religious students trained to fight by the quasi-state establishments in Pakistan against the Russian regime in neighbouring Afghanistan. For all this time they have been doing as bid by the Pakistani Army, their job description chiefly comprising the spread of terror aimed amongst others at the neighbouring India.

Taliban in its various avatars has quite a few sympathisers within the Pakistani military establishment particularly among its erstwhile handlers in the ISI. That this relationship proved to be a bane for the NATO forces in Afghanistan is now part of well documented history and a fact that the United States has not taken kindly to. Today, however, when the Taliban are targeting the Pakistani state itself, the Army has been seen, most incredibly, expressing an inability to deal with the situation.

There are other reasons for the Pakistan Army to be worried about? The fact is that Pakistan has for long been considered as a failed state, the failures being on multiple levels including social, economic and political. The country has at various times been at the brink of defaulting on its loan repayments and has in fact been kept afloat purely by the intermittent injections of financial aid that it has been receiving from its friend the United States of America and other Islamic republics. Now with the Arab republics themselves under pressure due to popular protest movements and the United States being disappointed with the lack of cooperation on the part of Pakistan despite being an avowed ally in its war against terror, all avenues of support are on the verge of closure.

The matter does not end here. The money received from various international sources for the reconstruction of the country’s economy has not found its way to the intended destination. Most of it has gone to the Army to augment the offensive capabilities of the country and that too against India or for funding the proxy war that Pakistan continues to wage in Jammu and Kashmir. The rest was stashed away by the country’s corrupt and pernicious politicians. The masses at large have remained deprived of any kind of development. The result is that the poverty stricken landscape of the country has provided a fertile recruiting ground for the Taliban, the slight difference being that while earlier the Taliban cadres came from the North West Frontier of the country, the fresh recruits hail from Punjab, the dominant province; the heart and nerve centre of the country. These people hold deep and valid grudges against the government and are ready to take up arms against the Sate authority.

Finally, the Army is now being openly criticised by the middle class educated elite of Pakistan for its inefficiency and high handedness. The conduct of the operation to eliminate Laden without the knowledge of the army and the invasion of the country’s air space without any reaction from the defence establishment have shown up the army in a very poor light indeed. This is further building the morale of the Taliban and other religious fundamentalist groups, who now harbour ambitions of coming out of the shadow of their erstwhile handlers.

With a burgeoning insurgency, tottering economy and a dissatisfied middle class, the writing on the wall is that the army may want to reassert its hold on the political and strategic affairs of the country, more so, to counter its sliding popularity. This might take the form of another military coup or some subversive measures. Already the signs are there. Showing a blatant disregard for interests of the NATO forces, the Army is going soft on terrorists operating bomb making facilities in Waziristan. This is nothing more than demonstrating their nuisance value. It is also highly likely that the cadres of the Tehrik-e-Taliban will be assimilated under the tutelage of the ISI and then be used to step up the insurgency in Kashmir.

That the operations and actions of the ISI are non-negotiable and unimpeachable as far as the Government of Pakistan is concerned, is obvious from the fact that despite unassailable proof of the ISI’s involvement in various terrorist acts perpetrated on Indian soil, the spokesperson for the Ministry of Foreign Affairs in Pakistan flatly denied that the ISI would figure in the impending discussions between the Foreign Secretaries of the two countries. On the other hand, Kashmir would remain on the agenda.

Even if the Government of India in its wisdom and generosity, chooses to ignore this fact in the interest of the larger picture, it should take care that it is not caught napping on this count. It is therefore important that the vigil maintained by the Indian forces along the borders of the country and especially so in Kashmir be kept constant if not heightened. The valley is at the moment going through a relatively peaceful phase and a buoyant tourist season. It is important that this peace be maintained and there can be no better way of doing so than by staying prepared for any untoward eventuality.