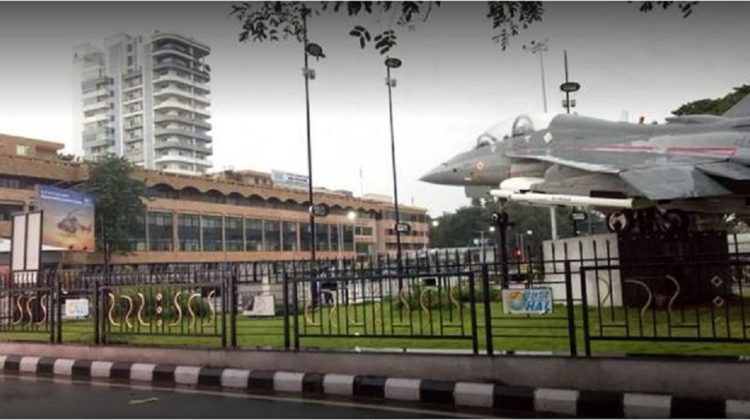 4 April 2022 was a red letter day for an Indian state owned public sector giant, Hindustan Aeronautics Ltd ( HAL), as it handed over the first set of Gagan-Yan hardware and also 150th  Satellite bust shelter to Indian Space Research Organisation (ISRO) during the inauguration of HAL PS2/GS2 stage integration facility at Bengaluru ,Karnataka. ISRO Chairman, Dr S Somnath lauded the role and contribution of HAL in the Indian Space Program including the manned space mission Gagan-Yan and other interplanetary  missions. During the grand ceremony, Mr R Madhawan , Chairman and Chief Managing Director  of HAL recalled its long association with ISRO over last four decades and said, “We assure full cooperation and total dedication in the success of Launch Vehicles with foolproof integration activities and conveyed best wishes for success of Gagan-Yan mission and future PSLV/GSLV projects.”

Hindustan Aeronautics Ltd , is a government owned aerospace and defence company with its headquarters at Parade Road , Bengaluru. It  came in to existence  in on 1 October, 1964  by amalgamation of two aviation companies. Hindustan Aircraft Ltd and  state owned Aeronautics India Ltd  established to manufacture MIG 21 in August 1963. Hindustan Aircraft Ltd was established on 23 December 1940 by Walchand Hirachand, an aviation visionary, in association with the then Government of Mysore state with an aim to manufacture aircrafts in India. During the Second World War, the company commenced production of Hawk fighters, Vulture bombers and Harlow Trainer aircrafts for the Royal Indian Air force. After Independence, it was brought under the Ministry of Defence in 1951. The company produced under License aircrafts such as Vampires Gnats, Prentice for the IAF. 150 aircraft were produced and marketed for IAF and other customers. Later, between 1960 and 1964 , four more aircrafts were indigenously designed and produced Pushpak (Twin seater trainer) , Krishak ( Air Observation Post ), HF 24 Marut ( Jet Fighter) and Kiran (Basic Jet Trainer ).

After 1962 China War, India felt the need for a supersonic advanced Jet fighter to face the modern Sabre Jets and Star fighter procured by Pakistan from USA. For this a deal with USSR was finalised and two factories were established in Ojhar, Maharashtra and Koraput, Odisha under a public sector new company Aeronautics India for licensed production of MIG 21.

HAL today has a vast organisation comprising  4 Production Centres with 21 manufacturing divisions and 11 fully integrated Research and Development centres. HAL is currently involved in designing Fighter Jets, Light Transport Aircrafts, Attack and Utility Helicopters, Aero engines, Gas turbine engines, avionics, software, overhauling, upgrading of fighters and much more. It also provides an Integration Centre for PS2/GS2 Spacecrafts. HAL is one of the oldest and largest aerospace and defence manufactures of the world.

A separate Helicopter division was commissioned at HAL Bangalore  in 1970 for under license manufacture of Chetak and Cheetah  (Indian version of French origin Alouette III) Light helicopters in Banglore as the deal with  M/S SNIAS , a French aviation corporate was inked. Another new Division was established at Kanpur for manufacture of Aircraft instruments and accessories.

The improved version of Gnat was developed and was named Ajeet in 1972.  Kiran 2 and Basant , pesticide sprayer were also produced from 1972 to 1975.

HAL raised an exclusive Aerospace division in 1988 and manufactured spacecraft structures for GSLV,Mars mission and human crew module for Gagan-Yan.  HAL has already set up dedicated facility for Indigenous cryogenic engines for GSLV based missions

Keeping in view the ageing, MIG Series of aircrafts such a government to government deal was signed with Russia for manufacture of 273 Sukhoi  30 MK I  by HAL in India. Accordingly, two assembly lines were dedicated at Ojhar, Nasik Division in 2002. And one overhaul division for MIG 21 and simultaneously AL 31 FP Aero Engine manufacturing division was also established in Korapu, Odisha.

Advance Light Helicopter Dhurv designed by DRDO got Initial (IOC) and Final operational clearance    (FOC) and was accepted by Indian Armed Forces after extensive trials over 10 years. HAL Dhurv , is one of the best Utility/Combat Helicopters in the world.  The first flight was in 1992 and inducted into service March 2002. HAL has built 335 Nos Dhurv are in active service with IAF , Army Aviation\Naval Aviation and Coast Guard logging  accident free 3,75,000 flying hours. HAL Rudra, the Armed version is also active in Counter Insurgency area grid . Light Utility Helicopter and Light Combat Helicopters are other variants.LCH were operating during Op Snow lion in Ladakh Ranges.

Meanwhile repair and overhaul of Chetak and Cheetah have been shifted to Barrackpore Plant. A new integrated facility for manufacture of LUH has also been approved in 2016 and was established at Tumakuru in outskirts of Banglore for production of LUH and LCH.

Light Combat Aircraft LCA Tejas , got FOC in 2019 and order for 123 aircrafts has  been placed with HAL.  A  new Tejas Division  was raised in 2014 in anticipation. A full scale assembly line was established in HAL Banglore  with a capacity to produce 16 aircrafts per annum.