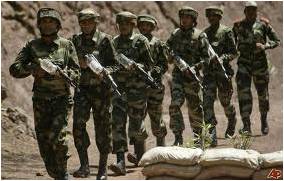 What is it about us Indians that makes us skirt issues instead of facing them head on? We tend to indulge in long drawn, largely inconclusive discussions; a tendency that has receives a considerable boost from media activism especially of the electronic variety. Sadly, none of the discussions or opinions lead to tangible action; this is because the root causes are left untouched while peripherals hold centre stage.

Take, for instance, the social activism generated for ensuring safety and security of women in the aftermath of the gang rape case in New Delhi on December, 16, 2012. The government, under pressure from the media and the general public, constituted a committee headed by Justice Verma to recommend changes in the existing laws governing rape and sexual assault; most of the recommendations of the committee were accepted with great alacrity by the government and an ordinance passed which is now awaiting conversion into a more stringent law.

Despite all this, a cursory glance at the newspapers shows that sexual assault against women has not gone down one bit. This is because the entire discussion focussed on what the government should be doing and not on the duties and responsibilities of society in general or the synergy that needs to be created between the government and civil society to counter this menace.

Such crimes are more rampant in metro cities mainly because adventurers and black sheep of all hues come in hordes from the villages to cities in search of name and fame; name and fame may not come their way but what they get for sure in the urban jungle is anonymity and freedom from societal restrictions. The vastly divergent life style of the rich and poor in the cities adds to their frustration; the cumulative effect is perpetration of crime, more so against women, since the same gives a release to their trodden manliness. This may not be the only reason but it is definitely a predominant one and, sadly, it has not been subject to much discussion. If this aspect had been given due cognisance then efforts would be made to use education and creation of awareness as pre-emptive measures which is not happening. Instead, the easiest path of making laws more stringent is being highlighted knowing full well that it is unlikely to yield the desired results.

Yet another example of the national proclivity of barking up the wrong tree is now being seen in the context of the massive turmoil that has enveloped the Kashmir valley in the aftermath of the hanging of Afsal Guru and the recent unfortunate death of a youth during protests in Baramullah. As is usual, the resultant discussions are digressing from the main issue and concentrating on what has, for long, been the favourite punching bag of the valley politicians – the Indian army, the para-military forces and the state police in the given pecking order. The death of the youth in Baramullah is being thrown on the face of the army without benefit of a proper enquiry and is leading to stringent demands for revocation of the armed forces special powers act (AFSPA) in the state.

The state of Jammu and Kashmir and the Kashmir valley in particular is just about moving out of a debilitating environment of terrorism and violence that has left deep dents in the collective psyche of the people. The healing process, which is presently underway, can achieve results only if the people help each other move away from the turmoil that was a part and parcel of their lives for too long. It is the community leadership, the religious establishment and the more enlightened segments of the civil society who have to take the initiative and help the people get over the trauma. It will be a long drawn out process that would require a lot of patience and perseverance but a beginning in the right direction has to be made. The security forces that have created the situation of peace need to ensure stability so that the process of internal healing is kept on track.

Instead of moving in the right and more virtuous direction elucidated above, all energies are being diverted towards creating an impression, by clever manipulation of the media, that removal of AFSPA is the panacea of all ills that plague the Kashmiri people. Nothing can be further from the truth. That peace is not firmly embedded in Kashmir is evident from the fact that the people erupt, or are made to erupt, into stringent protests, violence, lock outs and stone pelting at the drop of a hat. Why is the political leadership of the valley consistently failing in controlling the emotions of the people? The main problem lies in the political dissensions and crass opportunism that mark politics in the valley where it is not democracy or the rule of law but personal agendas that are the mainstay of politics. This and not the AFSPA is the root reason that is not allowing the people to overcome their distress. AFSPA is merely a tool being used by the state government and civil society of the valley to deflect attention from its own inadequacies.

The right approach would be to understand the sensitivity required to bring around a long term, more permanent turn around in the battered psyche of the Kashmiri people. The actual problems, psychological, social, economic and others need to be dealt with by the cumulative societal leadership with utmost honesty and diligence. In this the leadership should try to leverage the assistance that can be provided by the security forces instead of trying to berate them. Fortunately, the central government is steadfast in its resolve to retain AFSPA for as long as it is required but should it buckle under pressure the gains of peace in the valley that are still very fragile will be lost and retrieving the situation will become difficult.