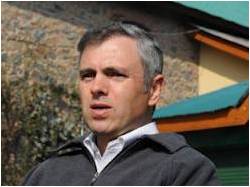 The debate on the hanging of Afsal guru is marked with as many opinions as there are voices. More than anything else, it is the moral dilemmas that are being debated upon with utmost intensity. This is surprising because the execution was the result of a cut and dried legal process instituted by a nation against a declared enemy of the state.

It cannot be denied that there is nothing moral or immoral so far as political ideology is concerned; in the modern civilised world every person has a right to hold an opinion and to declare the same. This, however, cannot be stretched to the point of declaring a war on the state and resort to tools like terrorism. When such an act takes place, it is the legal rather than the moral or political framework that comes into play. Afsal Guru waged war against the Indian Nation; he was caught in the act, tried by the established judicial process, declared guilty of the crime and punished with hanging. The circumstance of the individual being proved to be an enemy of the state does not leave any moral questions to be considered.

It can be understood that that those who associate with the brand of politics espoused by Afsal Guru will agitate and retaliate. When it took a call to hang the convict, the government of India was aware of the fall out and would have undoubtedly prepared for the same. However, what is most astonishing and disappointing is that many members of the Indian civil society have come up with hare-brained notions with regard to the proceedings and the manner in which the hanging was carried out. Predominantly being expressed are sentiments that hold no value while dealing with a terrorist; the family should have been informed, the decision amounts to jumping the queue with regard to political convicts, the people of Kashmir are feeling alienated are the issues doing the rounds.

It is common practice of governments across the world and down the ages to maintain secrecy in the extermination of whomsoever they consider to be an enemy of the state; it is also common practice to dispose the mortal remains of such persons under government jurisdiction. Recently, the United States killed Osama Bin Laden in secrecy and disposed off his remains at sea. There seems to be no talk of the human rights of Osama bin Laden, his many wives or his extended family. Now if the Indian state is following a similar well established precedent is it proper to fault it for doing so? With regard to the other political convicts in the death row, it is entirely up to the government to decide on the manner in which it wishes to deal with them; the matter definitely does not lend itself to articulation by political parties that are a part of the ruling coalition.

More significant is the assertion by the leadership of the valley that the people of Kashmir have been alienated by the hanging. How did the leadership reach to this empirical assessment within hours of the hanging taking place? The build up of a sentiment of alienation takes a long time to happen; the hanging of one person cannot by the overwhelming reason for something as serious as this. The Kashmiri leadership would do well by exercising restraint in its statements and postures. The need of the hour is to moderate tempers, not to add fuel to the fire.

It is most distressing to note that is the voices that are most vocal in this regard are those that have sworn allegiance to the Indian state. By so doing they are responsible for instigating passions. Even more serious is the support that they are getting from the media, especially the electronic segment. Such activism has not only sown seeds of doubt with regard to the absolutely justifiable act of the government but has also given a plank to the inimical elements to rise in protest. To this extent, onus of the agitations that are taking place in the Kashmir valley falls squarely on the shoulders of such misguided social elements and their vehicle of communication – the media.

The Chief Minister of the State cannot assert that he is trying his best to quell a riot like situation when he is actually busy speaking to the media in a language that suits the very detractors whom he is professing to contain? If he has any reservations about the manner in which the government at the centre has dealt with the situation this is not the time to raise the same. In case he wishes to do so he should first resign and then join the bandwagon.

One wonders as to why the agitation in the valley is hanging like a Damocles sword on the authorities. If the people of Kashmir feel the need to break their own property and cause avoidable loss of life to their own kith and kin to carry the flag for a terrorist, then so be it!! It is the duty of the Kashmiri leadership to moderate sentiment by differentiating between what is right and what is wrong. If the media can be used to express dissent, it can also be used to bring about a perception that hanging of a terrorist is a righteous and justifiable thing to do. In the case of a leadership failure at the local level the centre should allow events to play out their course. For the government of India, negative fallout in the rest of the country would have been something to worry about – this has not happened. The entire nation has welcomed the decision, in fact, most feel that the government should have acted much earlier. The hanging of a terrorist called Afsal Guru, an enemy of the Indian nation is over and done with. The best recourse is to put the entire incident behind and move on.