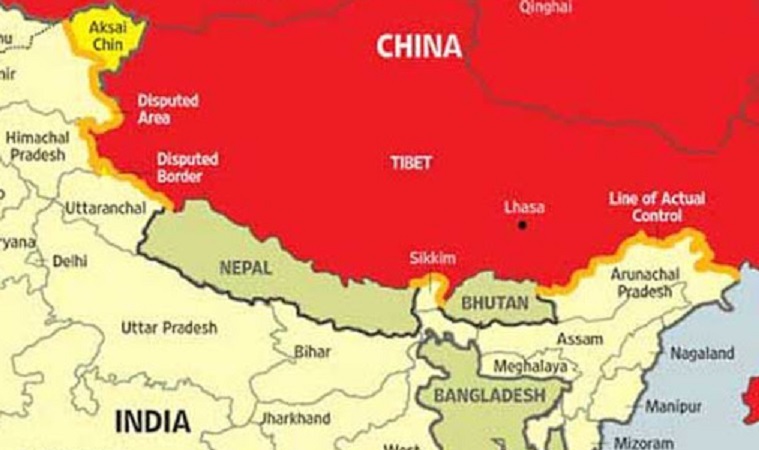 A day after the Sino-India border meet to discuss the long-standing border issue in Eastern Ladakh, the Ministry of External Affairs (MeA) on June 7, released a statement and informed that the Military level talks between both the nations took place in a cordial and peaceful atmosphere.

In its statement, the MeA said, “In recent weeks, India and China have maintained communications through established diplomatic and military channels to address the situation in areas along the India-China border.”

“Both sides agreed to peacefully resolve the situation in the border areas in accordance with various bilateral agreements and keeping in view the agreement between the leaders that peace and tranquility in the India-China border regions is essential for the overall development of bilateral relations,” the statement added.

The statement from the Foreign Affairs Ministry came almost a day after a 3-hour long meeting, where The Indian delegation was led by Lt General Harinder Singh (the general officer commanding of Leh-based 14 Corps), while the delegation from China was headed by Major General Liu Lin, who is the commander of South Xinjiang Military Region of the People’s Liberation Army (PLA),

Various sources also reported that during the meeting between both sides, India sought to restore the status quo as on April 2020 end, before the face-off at Pangong Lake instigated an escalation in Ladakh which lead to a massive deployment of forces by both the nations. Reportedly, India also asked China to reduce its mobilisation near the Galwan valley and that the troops must be sent back to their respective locations. Meanwhile, the Chinese delegation demanded India to stop its road construction. However, India maintained its stand saying that the construction was taking place inside the LAC, therefore there is no reason for China to object the roadwork.

The meeting happened after almost 12 rounds of failed commander level talks and three major general-level talks between both the countries about the current tensed tussle between the two armies.

The rift began when troops from both sides were involved in a scuffle along the northern bank of the Pangong Lake which later even turned into stone-pelting. During the scuffle, soldiers from both sides sustained injuries. Notably, the standoff comes for the first time since the Doklam standoff between both the countries in 2017.

Four places in Ladakh emerged as flashpoints, this included the Pangong Lake and three other places in the Galwan Valley of Ladakh.

The dispute over Pangong Lake

The Pangong lake remains the biggest point of dispute as China has very often tried to change the status quo in the region by putting up shelters and setting up a camp in areas that have been under India’s control.

The Pangong lake is divided into 8 fingers. According to the Military term, mountainous spurs bulging out into the lake are referred to as fingers.

For the past many decades, India has had its control over Fingers 1 to 4, and China controls the remaining fingers 5 to 8. There is an Indian post near Finger 4. According to India, the Line of Actual Control or LAC is at Finger 8 and that the entire stretch till Finger 8 is Indian territory. The area between Finger 4 and 8 has been a matter of dispute and has often witnessed confrontations between the patrol teams of the Indian and Chinese Army.

Has China Withdrawn its troops from the Ladakh region?

Various International Media sources have reported that the Chinese Army moved its troops in big numbers towards its Vietnam border after the United States deployed US Navy Ships in Vietnam waters as precautionary protection. However, a large number of troops continue to remain on the Indo-China border.

About the Indo-China border dispute

The Indo-China border dispute is about the 3,488-km-long Line of Actual Control, the border between the two countries. China claims Arunachal Pradesh as part of southern Tibet while India opposes it.

With both the countries engaging in a war in 1962 and India having gone to war twice since then (with Pakistan), the key question that now remains is that whether China is trying to divert the attention from its sore point (Chinese Originated Virus in December 2019) and cornering India to strengthen its hold over Asia?

Looking at the present geographic scenario, one can’t simply ignore that on one hand our not so friendly neighbour Pakistan (China’s only loyal poor pet) has kept our forces engaged by violating the ceasefire on a day-to-day basis, whereas on the other side, Nepal has been engaging with India in a territorial land dispute. India sharing border with Pakistan and Nepal, China would never want to miss any opportunity to directly or indirectly target India

Even as we struggle through a pandemic and border disputes, our troops continue to maintain their vigil be it on LAC or LoC they are always prepared to strike back.

(Author is a senior reporter at sillyseema.in)