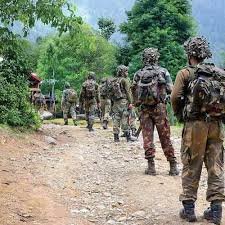 Prime Minister Manmohan Singh has said that he is disappointed with Pakistan and Nawaz Sharif for not standing up to the given word of ushering peace and tranquility along the line of control and the international border. The whole of India is feeling and expressing freely unmitigated disgust at the sheer brazenness of the neighbouring country in flouting all norms of civilised behaviour. Analysts, intellectuals, political leaders and the common man are equally at a loss to fathom the reason behind this sudden aggression. One thing is certain that what is happening is much beyond infiltration which is the traditional reason for firing across the line of control. It is not areas that form traditional infiltration routes that are being targeted; the international border in the Jammu region is under the most ferocious attack. Recently, on a single night, Pakistan army and Rangers opened fire in as many as 26 places at Hiranagar, Samba, Arnia, RS Pura, Pargwal and Kanachak sectors in the Jammu region. Firing continued throughout the night even as the BSF foiled an infiltration attempt at Suchetgarh Kullian in Samba sector. The guide was killed while the terrorists fled back to Pakistan. The Pakistani Rangers refused to take the body of the slain intruder who was buried in Samba with all rituals.

What is going on in the diabolic minds of the Pakistani leadership is not known; what is known is the events that have occurred in the recent past that could serve as a motive for this belligerence. First, the change in the political leadership – there is every possibility that the all-powerful radical elements in Pakistan and their sponsors in the Pakistan army and the Inter Services Intelligence (ISI) are showing Nawaz Sharif his place by creating a situation where no movement would be possible towards his stated resolve of improving relations with India. The finger suspicion can well be raised on Nawaz Sharif also; is he playing the proverbial political double game? After all he is in the chair due to the support of the radical elements and so is the government of a few provinces like Punjab and Khyber Pakhtunkhwa; how far can this political dispensation of Pakistan ignore radical forces now? In any case the seasoned political façade of Nawaz Sharif makes it very difficult to understand what exactly is going on in his mind.

Second, the role of the Pakistan Army and its chief, General Kayani – there are many who hold the view that before demitting office the General wishes to create an anti-India, pro-radical persona for himself so as to stay relevant in the policy making loop of the future. To this argument, one can add an additional objective of sending a message that Pakistan Army policies are not going to change with the change in leadership.

Third, the role of the Islamist radicals – they are eager to establish a foot print in view of the endless human resource and weapons that would come their way once the US and NATO forces leave Afghanistan. Hence, in partnership with the ISI they are heating up the line of control and put in place the foundation of their long term policy. September, 06, is celebrated as Pakistan Defence Day to commemorate the 1965 war. It is, of course, a weak attempt to hide the terrible defeat that the country suffered. One has no issue with this celebration but what is galling is the manner in which fundamentalists take centre stage. The same happened this year also; wanted international criminals moved around freely and addressed large gatherings with hate speeches against India. Hafiz Saeed appeared openly in a rally in Islamabad and denounced India as a terrorist state while thousands of his supporters chanted for a holy war. Where do the high sounding words that Nawaz Sharif uses to express his desire for peace with India fit in with all this?

Fourth and last comes the political dimension – in the last month or so the Prime Ministers of the two countries have addressed the United Nations General Assembly and gone through a disastrous meeting; recently Nawaz Sharif has culminated an official visit to the US and the Indian Prime Minister has visited Russia and China. There is a possibility that the heating of the line of control was intended to pressurise India and internationalise the Kashmir issue.

Whatever many be the reason behind the violent mayhem being perpetrated on the line of control and the games that the Pakistani hierarchy is playing, it is the people living in the border areas who are bearing the brunt. Terrified villagers are staring in the face of an economic disaster due to destruction of their crops and imminent migration to a safer place. This is the first time since the Parliament attack in December, 2001, that people are migrating from the forward villages due to Pakistani shelling. The administration has put in place a contingency plan to deal with the situation.

In order to inhibit the Pakistan forces in their unprovoked aggression the BSF is retaliating in equal measure. This would mean a similar loss to the border villages in Pakistan also. It is, of course, known the villages in the Pakistan side are not as big and populated as those on the Indian side but whatever is there would be facing a problem. A proactive stance of the Indian Army and BSF is justified because Pakistan has left India with no option but to meet the offensive in equal measure. Any attempt to exercise restraint will lead to more belligerence by Pakistan. There is also a need to sensitise the international community about the sinister double game that Pakistan is playing for any one or all of the reasons enumerated above. This gains importance in view of the fact that Pakistan media is busy trying to paint India as the aggressor along the line of control.