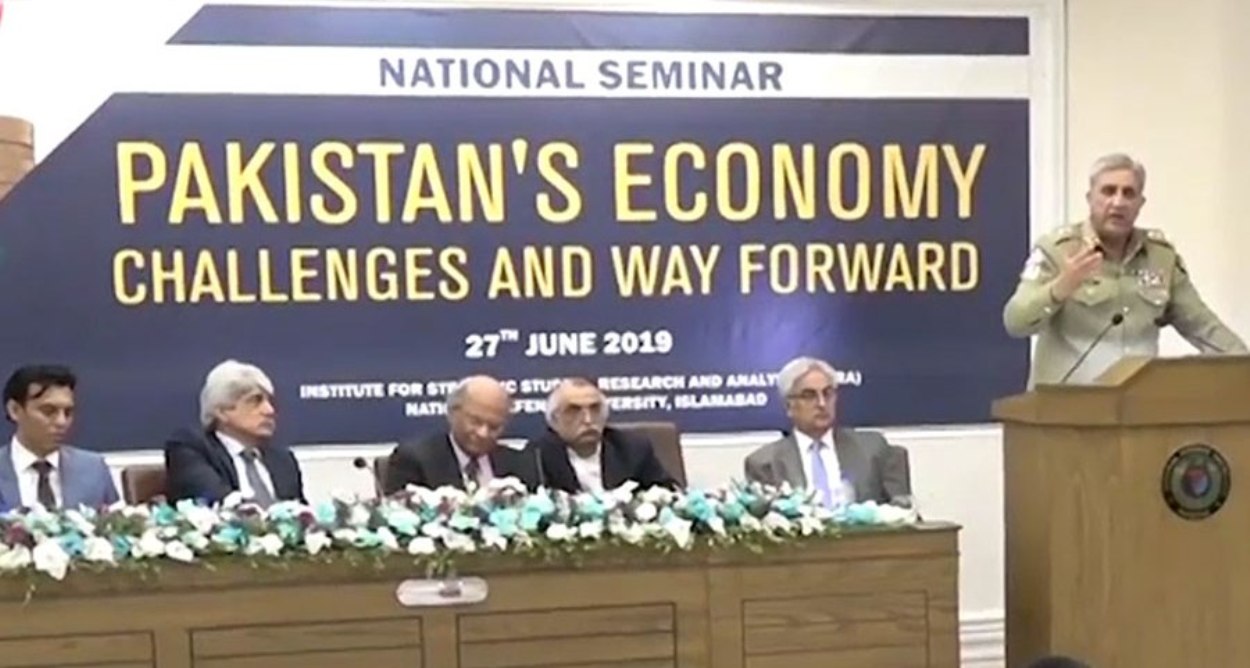 Pakistan’s economy has been hurtling southwards for more than a decade now. Its present growth rate, hovering around 2-3 percent, makes it one of the lowest growing economies in South Asia trailed only by Sri Lanka and Maldives.

Imran Khan won the general election on the promise of resurrecting the economy, instead, his short tenure has witnessed about 20 million people of the country slipping into the below poverty line. The national poverty ratio was 31.3% in June 2018; it jumped sharply to over 40% by mid-2020 and would have further increased by now. This constitutes the most abject poverty feasible in the world. The consumption cost of the people has risen sharply in a short period of time and as a result, the market demand has become weaker while inflation rate remains at a double digit. With rising production costs, enterprises are also encountering shrinking market demand which is adding to their difficulties. Many enterprises have stopped production and by so doing adversely impacted employment.

Experts are of the opinion that the country is already in the throes of a recession that will accelerate in times to come leading to a painful decline in per capita income. Hence, the worst is yet to come.

Pakistan’s debts have witnessed a sharp increase, especially so since 2008. For long now money is not forthcoming from institutional lenders like the International Monetary Fund (IMF), World Bank, Asian Development Bank (ADB) etc. and, as a result, the country has been forced to borrow from multilateral/bilateral creditors and commercial lenders. It is, therefore, experiencing a severe balance of payments crisis which has its own implications. It is averting potential defaults on foreign repayment obligations with great difficulty and there is no possibility in sight of shoring up of its forex reserves. Alongside, the exchange rate of the Pakistani rupee against the US dollar has depreciated sharply. The fact that the country has to borrow to repay its old loans suggests that it is now caught into a debt trap.

The increasing poverty index is negatively impacting the very critical health and education sectors most of all. In Pakistan, over 63% of the population is under the age of 30. Within these parameters, the country has one of the highest maternal mortality rates in the region and the third highest child stunting rate in the world.

A fallacy being spread by the PTI Government

So far as education is concerned, an estimated 23 million children are out of school. The gap in education and technical and vocational skills is leading to a grave difficulty in absorbing the unskilled labour force that is burgeoning by the day. The rich continue to become richer and the poor poorer in Pakistan. The new Pakistan envisioned by the incumbent Prime Minister Imran Khan, is nowhere in sight.

The Government and PTI, of course, are putting up a brave front, but deep within there is a feeling of despair at the prospect of a breakdown in the government machinery where payment of salary is also becoming difficult.

The entire blame cannot be put on the PTI Government of Imran Khan. The rot started a long time back due to lack of a credible fiscal and taxation policy, sharp devaluation of currency and high inflation rate. In the last decade or so, mismanagement has led to a virtual economic meltdown and deteriorating debt sustainability for which the PPP and the PML (N) both need to share the blame. So far as Imran Khan is concerned, he needs to take full blame for making an election promise of improving the economy and then doing exactly the opposite.

Devoid of friends in the international arena, the country has no option but to look towards China for relief. China is quite ready to render financial assistance because, with every Dollar going in. Pakistan is selling itself off. China already has virtual control over Gilgit-Baltistan and Balochistan; now, by getting into investment in the agriculture and social sector, it is gaining a foothold in Punjab, the richest and strongest Province of Pakistan and also its holy cow. So, the writing on the wall is that Pakistan is becoming a colony of China.

The advocates of CPEC, who have unimaginable financial gains and wealth at stake, speak incessantly of the so-called immense benefits that will accrue from it to the people of Pakistan. This is bound to remain an illusion till such time that the Pakistani government does not usher fiscal reforms that would sustain the economy and there seems to be no progress in this direction.

One big reason behind the steady decline of the economy in Pakistan is the fiscally draining requirements of the Pakistan Army. The army’s continuing enmity with India and obsession with Kashmir is causing a negative impact on the resources of the country. Instead of allocating sufficient funds to address acute and long-standing poverty, the country spends the largest amount on defence. Last year when the COVID pandemic was at its peak and the Locust infestation had literally blown off the cotton crop, the Imran Khan led government allocated Rupees 1-29 Trillion ($7.7 Billion) to defence in its federal budget for 2020-21. This constituted an 11.8 percent increase from the budget of the previous year and was 18 percent of the total budget. Pakistan’s skewered priorities can be better understood by the fact that, in the same budget, health received only Rupees 25 Billion ($148.6 million).

If Prime Minister Imran Khan does not look at reality in the face and does not take surgical actions to improve upon the financial condition of the country, then the dismal financial condition is bound to spill over to 2021 too with disastrous consequences.  One good place to start would be to put the Pakistan Army in its proper place, drastically reduce defence allocations and concentrate more on the social sectors. Such recourse might kick start the slow process of economic recovery, otherwise, there is no hope for the country.