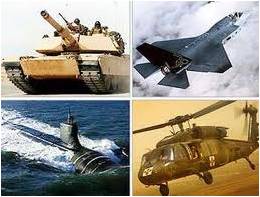 The top leadership of the Union Ministry of defence is taking great pains to refute any rift between the armed forces and the government. “There is no difference at all within the establishment and the armed forces and we are working in harmony,” minister of state for defence, M M Pallam Raju, stated in a recent meeting with reporters. This apart, the Ministry has gone into proactive mode to contain the damage that Army Chief, General VK Singh’s leaked letter to the Prime Minister has done to its image. In the letter the Army Chief had highlighted gaps in the country’s defence preparedness.

The Defence Ministry has been burning midnight oil to fast track purchase of a number of items whose files have been rotting in bureaucratic sloth for unacceptable periods. Primary amongst these is the air defence guns for which a request for information to Air defence gun manufacturers across the world has been issued in record time to facilitate preparation of the tender document. One wonders as to what the Ministry was doing since the last few decades when it became very obvious that the air defence equipment was getting obsolete. General Singh had said in his letter that 97 percent of the air defence guns in the Indian Army inventory are already obsolete.

Further, Defence Minister AK Antony is said to have issued a stern warning to defence public sector undertakings asking them to maintain transparency in their dealings with the armed forces and to set benchmarks of standard and quality for private sector companies. “There should be no compromise on transparency in dealings with clients and users,” he said while reviewing performance and functioning of eight defence PSUs, including Bharat Earth Mover Limited (BEML) which is in the eye of the storm over the deals of Tatra trucks supplied to the Army.

The Ministry of Defence has also appointed two Indian Army Colonel’s to assist the Central Bureau of Investigation (CBI) in the probe into the Tatra-BEML deal. The Enforcement Directorate has also registered a case of money laundering under provisions of the Prevention of Money Laundering Act against Vectra chief Ravi Rishi, the main accused in the scam relating to the purchase of the Tatra trucks. By the look of it BEML has kept the government in the dark about the existence of Vectra as a dealer in the purchase of Tatras; something which goes against the norms set by the defence procurement policy.

This apart, the parliamentary standing committee on defence has taken a very serious view of the contents of the leaked letter. The committee is quite partial towards inviting the three service chiefs together to hear their views on the state of affairs, even though the exact date for an interaction has not been made public. The committee has already sought information in this regard from the Army Vice Chief Lt General S.K. Singh 0n April, 09. Earlier the same day, Defence Secretary, Shashi Kant Sharma, had told the panel that the media reports of two key army units moving towards the national capital without prior notice raising an alarm among the top brass of the nation’s security was a wrong inference of a routine training drill.

Clearly the recent disclosures have brought about considerable momentum in the Defence Ministry which was on an elongated holiday for many years due to the riders of cleaning the system instituted by the Defence Minister. Evidently the riders, though applied with good intent, have caused harm to the overall defence preparedness of the Nation which is much more important than the image of a few leaders. Along with the aforementioned actions, it is also important to reflect on the defence procurement policy and identify areas where it has stifled the procurement process and yet not been able to remove the middlemen.

There is also a need to be pragmatic and look within. It would be better to institute methods by which the officials responsible for the defence deals are motivated or coerced to stay clean rather than putting restriction on the business practices of defence concerns. When the rot exists within, no amount of external pressure can be of any use. – Agencies