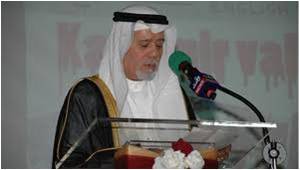 If there is one region in the world that figures the most in the media through statements made by a plethora of cialis cheap so called experts, critics, policy makers, strategists and thinkers it is Kashmir. Almost everybody who is anybody or has pretensions to being somebody in world affairs, Muslim affairs or South Asian affairs would like to hold and express an opinion on this small, beautiful and otherwise insignificant part of the region. In fact one could compile volumes of the printed page simply on “Kashmir-speak”. Some of these statements have acquired a proverbial flavour, so often have these been quoted, while others have begun to sound like hackneyed phrases innocent of all rationale and logic.

The sources from where opinions and prescriptions on Kashmir emanate vary. These range from those directly involved, those who are obliquely involved due to vested interests, those who wish to be involved, those who pretend to be concerned and finally those whose involvement is assiduously sought by those with vested interests. Those that are directly involved with this issue are the state of India and the people of Jammu and Kashmir themselves. Those who wish to be involved are the state and so-called non-state actors of Pakistan who wish to take the whole of Kashmir on the destructive path as they have chalked out for Pakistan Occupied Kashmir. The ones who would pretend to be concerned are entities like the Organisation of Islamic Conference (OIC) who have no visible stake in the region and yet they do not refrain from issuing statements on the situation in Kashmir. The last of course refers to neutral but decisive players in world geopolitics like the United States or other international organisations.

The most interesting of this lot is those who pretend to be concerned, as in the case of the OIC. The OIC is an organisation sponsored and financed by the royal family of Saudi Arabia with an objective of building an image of its patrons in global Muslim affairs. The OIC does not lose any opportunity to make pretence of being involved in the happenings of Kashmir, the volte face is almost immediate since none of the members wish to annoy the much stronger India. In the backdrop of this ambivalent two sided policy, the special representative of the OIC Secretary General on Jammu and Kashmir has developed a penchant for talking through his hat while pontificting on the issue of Kashmir. In a recent statement he has claimed that the settlement of Kashmir is not far away – absolutely incredulous.

Such statements that are very typical of people looking to play to the gallery are often sought after by those constantly on the lookout to keep the Kashmir issue alive and the debate and violence raging. The All party Hurriyat Conference (APHC) is a prime example of such delinquent players. It is common knowledge that confusion in the region is essential to the survival of the APHC for their raison de’ tre lies in a disturbed Kashmir. The APHC leadership garners political mileage and public sympathy by projecting itself as some kind of fighters for the cause of Kashmir. Unless there is discontent in the region, people will not bother about them. And unless they can hold some kind of beacon at the other end

of the tunnel they will not be able to wean people away from the Indian state. It is in this light that statements on Kashmir howsoever superfluous and misleading are elicited from forums like the OIC or other Muslim bodies. They also use such statements as a lever with the Government of India, to keep themselves flush with funds. It has always been the endeavour of Pakistan and its stooges to generate misinformation on the Kashmir issue at every regional and international forum that it can.

The buck finally stops at the door of good and effective governance including a proactive diplomatic/ information posture. Undoubtedly, it is the patient and, at times, plaintive attitude of the Indian government at the Centre that has provided an impetus to such anti-India tirades that border on sedition. India’s constant efforts at trying to assist the beleaguered and terrorist afflicted people of Jammu and Kashmir and fulfil their aspirations has been construed as a weakness on the part of the Indian government and this has often led to the government being put in the dock and on the defensive at international platforms. There is a very pressing need to carry out a reality check on the nature of Kashmir-speak that the representatives of the Indian government indulge in. Whereas the Pakistanis frequently make arrogant and brash statements that are grounded in total falsehood, the Indians are for some reason even shy of stating the truth.

What is the way out to contain this verbal onslaught on the collective Kashmiri psyche? The first thought that comes to mind is “normalcy”. Once the disturbances are contained most of the so called “experts” will be at a loss for adequate issues on which to present their fatuous arguments. The Indian security forces have managed to sustain law and order in the State despite many attempts to disrupt the same, this good work has to continue so that the security environment can witness a paradigm and permanent shift for the better. This endeavour has to be supplemented with rigorous efforts to bring about development and psychological integration of the people of Kashmir, especially the youth, with the rest of India where, in any case, lies an answer for all of their aspirations. At the same time the misinformation being created through motivated campaigns by people like Ghulam Nabi Fai, the OIC and other Pakistan sponsored elements has to be vigorous dispelled and the realities on ground have to be given credibility.