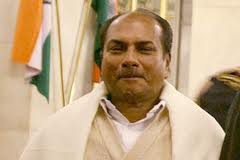 In 1962, Lt General BM Kaul, specially selected as military commander of the Ladakh corps, gave a number of assurances to his superiors and the nation that he had a firm grip on the situation and China would never dare to attack India in the face of his sound military posture. His optimism was reflected, most arrogantly, by his political masters like VK Krishna Menon and even Prime Minister Jawaharlal Nehru. The Chinese came, gave us a bloody nose and went back.

After fifty years India has still not got over the humiliating defeat of the war of 1962 even as our leadership is not relenting from giving grandiose assurances. Huffing and puffing journalists who have developed a penchant of asking the service Chiefs whether India is ready to take on the Dragon militarily invariably get a chest out, courageous and positive response. Now even Defence Minister A K Antony has joined the assurance giving bandwagon “India of 2012 is not the India of that (1962) period. We are now capable of defending every inch of our country,” he is said to have stated in response to a query posed to him on the pet subject of India versus China.

A logical analysis would point out that our optimism is ill founded; China’s military capability far exceeds ours; the gap will only increase since its defence budget is mostly more than double than ours and will continue to be so for many years in the future. More critically, China is far more advanced in indigenous production of military hardware which is critical for sustenance of a conflict over a long period of time. “Now we have moved very fast. Our infrastructure, assets and manpower have substantially improved,” added the Defence Minister in his discourse; China has moved ahead faster Mr Minister in case you do not know.

In the eventuality of a war with China in the future, India may not get humiliated to the extent of the 1962 debacle but is will certainly not emerge victorious or unscathed. This is a reality which should not be brushed under the carpet, definitely not by those who are responsible for the defence and security of the country.

The best option is to leave this debate to the burgeoning community of strategic analysts while those in power quietly work towards building a capability which gives minimum required parity that India can, at best, hope for; there is no scope for bragging and that too in the media. Let us see the successful raising of the offensive corps in the North East and completion of our infrastructural projects before we open our mouths.

For the moment, it would be best to pay homage to those who unnecessarily lost their lives while protecting our border in a war which could and should have been averted.