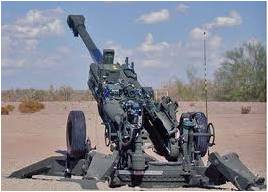 The Ministry of Defence is in a proactive mode. Now there is a sudden rush to complete the major shortfalls that media has projected in the wake of the leaked letter by the Army Chief General VK Singh to the Prime Minister expressing concern about the state of equipment in the Army. After 26years of procrastination, the purchase of 145 M777 howitzers from the US under the foreign military sales route has been cleared. This may not be the best option, definitely it is not the recommended route of purchase laid down in the Defence Procurement Manual, the Bible used to delay work and create hurdles. However, thank God for small mercies that some headway has been made and the ministry has made an attempt to come out of its slumber.

This apart the Defence Acquisition Council (DAC) headed by Defence Minister AK Antony has also cleared a proposal to procure over 65 radars for the L-70 air defence guns, simulators for T-90 tanks and 300 water tankers. The DAC also cleared a proposal of the navy to build a new cadet training ship and a joint air force and army proposal for 300 aerial targets. The Indian government in the meantime has okayed the the purchase of 75 basic trainer aircraft for the Indian Air Force (IAF). The IAF has been suffering from a crippling shortage of trainers since 2009, when its old basic trainer was grounded after a series of accidents that claimed 19 lives. It is being said that the deal is for the purchase of 75 Pilatus PC-7 Mk-II aircraft from Switzerland.

There is every reason to appreciate the sudden momentum in the ministry. However, this also brings into focus the gross inefficiency which prevailed in its functioning for a very long period of time before the booster dose was given by the Army Chiefs letter, the media and the parliamentarians. While going ahead with the good work it is also necessary to revamp the systems to put in place time bound parameters for the acquisition process. Officers from the integrated service headquarters or the ministry who are identified for having delayed the process should be held accountable. The lethargy which led the Nation to a critical state of being unfit to fight a war should never be allowed to creep in again.