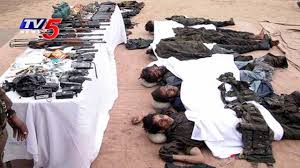 Kashmir, a heaven on earth; an abode of saints and host of numerous religions, has been eyed covetously by foreign powers since ages and has been subjected to a number of foreign invasions. The recent attempt buy a neighbouring country (Pakistan) to subjugate the region through a militancy and terrorism aided proxy war is yet another form of invasion.

While earlier invasions were aimed at securing trade or geography, the latest one is targeted at the minds of the people. The sole purpose is to engineer a blood bath that instills fear and breaks the will to resist. Almost three generations of Kashmir have suffered this onslaught, yet the objective of the cruel agitation and unmitigated violence has not been achieved. The people of Kashmir have refused to let go their age old peace loving, enlightened civilization.

At the outset of this horrendous phase, Kashmiri Pandits, who had coexisted with the Muslim counterparts in the Kashmir Valley for millenniums were forced to leave their home and hearth on the point of a gun. Immediately after the successful engineering of this exodus, attention was focused on to destroying the Kashmiri culture! Intellectuals were killed, media house were attacked and an enormous number of sane voices were silenced. Yet, terrorism failed to create any tectonic shift in the minds of the people. As and when the security forces released the pressure of fear created by the terrorists, measures for peace, expression of love , yearning for secular life and ability to accommodate other thoughts and perspectives could be visibly seen and heard.

This raises a question about the outcome of militancy in Kashmir – has it brought in its wake the liberation that is promised to the Kashmiri people or has it been rejected as an unwanted foreign belief?

Mass massacre and wanton bloodshed has, so far, proved beneficial for a certain group of leaders only. Time will prove that those who claim militancy as a source to highlight Kashmir issue at international level are the real criminals of Kashmir people. In the last two and a half decades of militancy, the people have moved away from the original agenda of the Kashmir movement. Instead, due to indiscriminate killing, the very fabric of Kashmiri society that had religious equality and saintly teachings as the threads has been destroyed. Slowly, Kashmir has lost its value in the international market and global audience.

The ‘Two Nation Theory’ which was the very basis of creation of India and Pakistan out of British India has fallen apart, all thanks to Pakistan for following the path of self distraction and using Kashmir as the means to attain this. Unfortunately is it Kashmir that has suffered due to Pakistan’s unsubstantiated ambitions. The result has been an unacceptable degradation of Kashmiri polity, economy and society.

India, sadly, has not come up with a viable solution to the problem despite many windows of opportunity that were available to her. The government has consistently been following a blinkered policy of feeding the ever hungry stomachs of the vested interest in a misplaced belief that peace can be brought through money power. Rot in Pakistan has deepened and it is sliding downward, but is Kashmir policy continues to be as diabolic as ever.

The preoccupation with vested interests has diverted attention from the all important factor of the debilitating effect of militancy on women, youth and children of Kashmir.  Disempowerment of youth and women may have worked to the benefit of militancy or the ideology of terror, but it has surely not worked well for Kashmiri’s. They have become totally dependent on outside resources for education, employment, vocational training, health, veterinary and all other services.

When the people start becoming dependent on the state, the sponsors of militancy start attracting them in the name of cultural aggression. For instance, what the Indian army is doing in the region in terms of relief in disasters, education or empowerment of youth etc. is unmatched by the entire State Government machinery. Even in terms of generation of ideas such as drug de-addiction, dog bite treatment, Super-30, medical camps and so on the Army is in the forefront. The state machinery is making no effort to take on the responsibility which is intrinsically its own and is quite content in letting the Army do all the work. This is not a very good situation for a community that takes pride in being self reliant.

The opinion makers and media, under the threat of gun, aligned themselves with militancy and supporters of militancy. As a result, sane voices got totally dominated by those who became part of the conflict industry. There had been some positive shift is this directions but the personal interest still continues to command their behavior.

The insane voices are not being challenged and as a result the degradation brought about in the society as a bi-product of militancy, is not allowing the psychological repair that is so very essential at this stage. Persistence of hatred, irrespective of the target of hatred, is something that Kashmir cannot afford any more. Also, the minds, particularly of youth, cannot be allowed to remain traumatised or angry.

It is time that to understand the negative impacts of militancy and its failure to meet Kashmiri aspirations which was the stated objective. It is time for the people of Kashmir to take stock of their lives and those who played with them. It is time to focus on assets ( who are willing to add worth and value to our lives) rather than liabilities (who are ever geared up to add violence, anger and dis-empowerment) so that the greatness of Kashmir, the real sense of pride and above all, the future of its children, can be salvaged.

(Farooq Wani is a senior journalist and commentator)