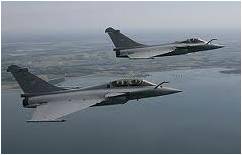 India’s planned purchase of 126 fighters worth $12 Billion, from France’s Dassault marks the huge military procurement phase of the Nation. It is widely believed that due to a boost in economic power India is, at last, doing what needed to be done with respect to its defence capability. The move has not come too soon since the country’s military inventory is already bordering on the obsolete. The rapid military modernization in the neighbourhood only adds fuel to the fire. India is particularly keen to strengthen its maritime capabilities, given China’s pursuit of a powerful “blue water” navy which Delhi sees as a threat to key shipping routes in the Indian Ocean and Indian energy assets in the South China Sea. India continues to be very worried about China’s belligerent postures on their disputed border and the wider South Asia region. Pakistan is also being equipped with latest military hardware more due to US compulsions in the global war against terror and active support by China

All of this has led to the current upgrade in defence assets. Apart from the Air upgrade India has taken dynamic steps towards development and procurement of nuclear powered submarines and other naval military assets. Despite this thrust to modernization China maintains a very strong lead over India and will continue to do so in the fu near future. India can, at best, look towards a force relevant for containment purposes. India needs to urgently move forward with defence procurement of Army related hardware which is lagging behind for varied reasons, mostly concerned with avoidable bureaucratic snags. The Army’s need for Artillery Guns and Helicopters is most urgent critical.