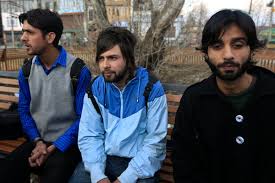 On March, 6, 2014 a group of Kashmiri students studying in Swami Vivekananda Subharti University (SVSU), Meerut, were expelled from the hostel for three days by the Vice Chancellor of the University for cheering the Pakistan cricket team as it emerged victorious over India in the Asian Cup championship. According to reports, a complaint was also made to the local police which led to slapping of charges under section 124 A (sedition), 153 A (promoting enmity between different groups) and 427 (Mischief) of the IPC later proved to be unsubstantiated and thus dropped the very next day.

Swami Vivekananda Subharti University is a private university being run by five trustees under the Subharti KKB Charitable Trust. No university, least of all a private university, would willingly invite a controversy of this nature. The Vice Chancellor of the university, Professor Manzoor Ahmed, is a retired Indian police service officer who has also served as officer on special duty for Jamia Millia Islamia University and Vice Chancellor of Agra University; he would not be expected to take any precipitate decision based on a whiff of emotion and that too in a matter involving his own community.

In any case, he has on top of him the Chancellor, the Pro-Chancellor and the trustees; surely they would have been kept in the loop before deciding on the suspension of students and approaching the local police.

The Meerut Police is not new to communal situations; it would not behave in a precipitate manner. Immediately after occurrence of the incident the Meerut Police chief clarified to the media that the university had registered a “complaint against unknown persons for indulging in anti-national activities and creating a ruckus in the university campus.” He clarified that a probe would be conducted and if found guilty the accused would be tried in accordance with the law. He did not rule out slapping of sedition charges against the accused. The very next day the Police chief clarified that “there was absence of evidence to support charges of sedition.”

SVSU management went on record to say that they had not pressed any such charges but expelled the boys only for three days in a manner that is routine to maintain discipline. They further add that the boys were shifted to Delhi to avoid a flare up. The police on its part said that it acted only on the behest of the university and when it found that the charges were unsubstantiated it dropped the same. The media, however, remained convinced that sedition charges were dropped only because the chief minister of Jammu and Kashmir personally contacted his counterpart in Uttar Pradesh.

There are a few things that stand out in the case. First, the management would not have taken whatever action it took without grave provocation; ultimately it was the behaviour of the Kashmiri students and their safety in a charged atmosphere that led to their three day suspension and removal from the campus. Second, the police did not act in the manner reported by the media.

It was the separatist leadership in Kashmir, with Pakistan in tow, who went all out exploit the situation through media sensationalism. Provocative statements were made with complete disregard to the harm that they would cause to the future of the students. Hurriyat leader Mirwaiz Umar Farooq called upon the authorities to slap sedition charges against all Kashmiris since they cheer for any team other than the Indian team in all cricket matches; he called upon the Muslim nations to reserve seats for Kashmiri students and exhorted Kashmir businessmen to build education institutes of quality in the Kashmir valley itself.

One wonders as to why he is not charges with sedition! Also, why does the Hurriyat not take a lead in opening the educational institutes that he refers to; surely there is no dearth of funds considering its multifarious and often dubious sources of income.

Pakistan was quick to offer to the student’s admission in its colleges. Who in his right mind would like to go to the country to be targeted by some rebid Mullah for being an outsider. That the students refused the offer outright does not come across as a surprise but it definitely constitutes a slap on the face of the country.

There is a need to burst the exploitation bubble that the divisive forces come up with at the slightest opportunity. There are thousands of professionals from Kashmir working in Delhi at the moment. There is no media house that does not have a few Kashmiri Muslim employees; the same is the case with the corporate and other sectors. Most universities, especially Jamia Millia Islamia and Jawahar Lal Nehru University have a sizeable number of Kashmir students in all faculties. All such persons are well integrated and are enjoying their work. Nobody seems to be writing about this silent revolution in the Kashmir thought process, what invariably gets highlighted is isolated incidents of the type that happened in Meerut.

There can be no two thoughts about the fact that divisive elements from Kashmir are trying to infiltrate the educational initiative been taken up for the benefit of the Kashmir youth with an intention to derail the project. The possibility of a few indoctrinated youth having pushed into the process to create disruption cannot be ruled out. In this case also there were only a few rowdy students involved, the other got involved because they refused to name the actual culprits.

The divisive forces should not be allowed to succeed in their nefarious designs. The authorities need to be vigilant about the evil designs and refuse to play into the hands of the trouble makers. A better understanding of the students and the environment would be of great assistance in this regard. The students need to understand that they have come out of their home to make a career for themselves and not to fight a political battle; they should refrain from provocating the establishment and expose those amongst them who are acting as instigators for disruption. They should try and get over any feeling of insecurity that they harbour and refuse to fall prey to mob frenzy. They have to learn to adapt themselves to the cosmopolitan environment into which they have entered.

(Jasmine Brar is a lawyer with interest in human rights affairs)