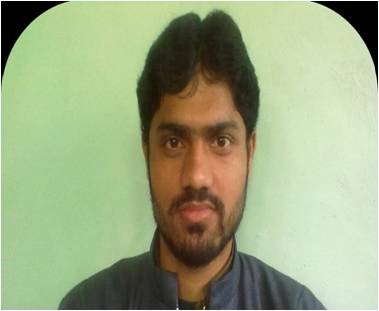 The security forces in Kashmir recently achieved a major success in their counter-terrorist operations with the killing of a terrorist named Abu Qasim. Abu Qasim was a Pakistani terrorist and a Divisional Commander of the Lashkar-e-Toiba (LeT). He had been operating in the Kashmir valley for more than five years. In the recent past he had engineered the strike on a Border Security Force (BSF) convoy in Udhampur and the killing of Sub Inspector Altaf Ahmad of Jammu and Kashmir Police. Altaf Ahmad was an expert in use of technological expertise to track terrorists and had been on the trail of Abu Qasim for quite some time.

In a scenario where the number of foreign terrorists operating in the valley is going down drastically, the loss of a senior and experienced commander like Abu Qasim would have come as a big jolt to the LeT and the Inter services Intelligence (ISI), which is the supreme body guiding terrorist operations in the state of Jammu and Kashmir.

As an organisation, the LeT adheres to a concept of power flowing down from a designated leader. Abu Qasim was the senior most leader of the organisation in the Kashmir valley and undeniably the top strategist on ground.  He had very good local contacts and moved with ease across the valley.

For the LeT, a replacement of the caliber of Abu Qasim would be hard to come by from among the green horns that are available. The problem gains more sensitivity due to the fact that the second-in-command of Abu Qasim, a local terrorist named Irshad Ganai, was also killed in an operation in September last year. The command of this group is now likely to go to one Dujhana, who is a Pakistani terrorist and has been operating with Abu Qasim. Dujhana, however, lacks both experience and acumen.

Terrorism in Kashmir has been sustained by ISI mainly through terrorists of foreign origin with the local cadre playing a subservient role. Today there is a situation where the number of foreign terrorist operating in the valley is less than forty percent of the total estimated strength of operative terrorists, which is estimated to be 180 to 230.

The dwindling strength of the foreign cadre, coupled with inability to infiltrate reinforcements, is posing a big challenge to the ISI towards maintaining the desired threshold of terrorism and violence in the Kashmir valley.

Under the circumstances the LeT is losing space to the Hizbul Mujahideen (HM) which has always operated with terrorists of local origin and which now is attempting more local recruitment under directions of the ISI. This recruitment is not achieving the desired results but is happening, and as such, continues to be the mainstay of terrorism.

There are, however, fissures in the HM also which are causing its supremo, Syed Sallahuddin, many sleepless nights. Abdul Qayoom Najar, Sallahudin’s oldest and most trusted commander in Kashmir was expelled from the HM recently. The fact of the matter is that Najar had, for long, aspired to be the top commander on ground, a position that is invariably held by a terrorist of Pakistani origin. He also demanded more money, weapons and most importantly ammunition to run his operations which the United Jihad Council (UJC) was unable to provide. It is also being said that he had sent to the UJC a list of separatist leaders who, he felt, had sold out the cause and recommended their elimination. Since his demands went unheeded he broke away and created his own group, the Lashkar-e-Islam (LeI), with about twenty terrorists, all from the HM.

Sallahuddin, who is already on a shaky wicket due to depleted strength in the valley and not much financial aid coming from his mentor, the ISI.

Terrorists operating in Kashmir and their master across the line of control would be on the back foot but to say that this is the beginning of the end of terrorism would be a bit premature.

For one, infiltration has been made difficult but it has not stopped altogether. Secondly, the efforts of both Hizbul Mujahedeen (HM) and LeT towards recruiting locals are gaining some success. Terrorism, which is looked upon as militancy by some in Kashmir continues to garner local support. It may be less and decreasing but it is not insignificant. This is evident from the crowds that follow funeral processions of the slain terrorists.

Elimination of commanders like Abu Qasim would not have the kind of overreaching impact on terrorism as is being projected in some circles of the media. Yes, it is a big setback, but definitely not something that would break the back bone of the LeT operations; the organisation has the resilience to bounce back even if it does take a little time.

Having said that, one would not like to leave an impression that killing of the likes of Abu Qasim is a small achievement for the forces that are carrying out relentless and sustained counter terrorist operations in the Kashmir valley.

The problems of the terrorist organisations are going to increase in the coming winter months. During summers terrorists have an option to hide in the jungles but during winter they are forced to find shelter in villages and urban settlements. Infiltration also becomes problematic.

With the kind of human and technological intelligence now available with the security forces this would be the right time to track them down the terrorists and systematically eliminate them. The pressure that has been built and the psychological advantage that has been gained by the killing of Abu Qasim should not be lost.

To summarise, the situation in Kashmir now is clearly advantage security forces. All effort, therefore, needs to be directed towards exploiting the visible chinks in the armour of the terrorists. Relentless operations would pay heavy dividends; politically it has to be ensured that the recruitment of local terrorists is curtailed. A well thought out synergetic strategy will accrue excellent results.