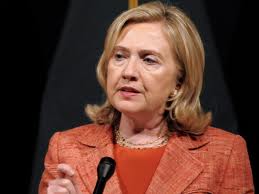 “This was an especially important visit because we have reached a turning point,” said US Secretary of State Hillary Clinton on Friday, May, 27, while launching a political salvo to take back Pakistan into the US embrace all over again.. “We look to the government of Pakistan to take decisive steps in the days ahead,” she added without spelling out what the steps were. “We are trying to untangle the puzzle of bin Laden’s presence in Abbottabad. But we have absolutely no reason to believe anyone in the highest level of the government knew that,” she reiterated for good measure and thus absolved her US friends in Pakistan from all charges of complicity in harbouring international terrorism. Further she noted, “For the past decade, many of the world’s most vicious terrorists, including the most important leaders of the al Qaeda and Taliban, have been living in Pakistan.”

Real politic is normally full of contradictions and innuendos but such statements by the US simply take the cake. They reek of a self serving attitude, without any concern for the safety and security of the people of South Asia. It is very obvious that the US will play the game by the ear till its exit policy is in place and then it will leave the region in utter chaos and turmoil. India, of course, has to remain prepared but it is more important for Pakistan to see through this double game being played by the US