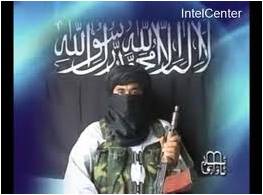 India’s contention of Pakistan’s sponsored terrorism affecting the entire South Asian region has finally found another voice and that too from Pakistan’s most enduring ally – China. For the first time, China blamed Uygur “militants” trained in Pakistan for the deadly violence in its restive Xinjiang province, which left at least 20 people dead recently. The Provincial Kashghar government in China blamed `Pakistan trained terrorists’ for the recent violence in the Muslim dominated western province of Xinjiang. This is a clear sign that China is reviewing its equations with Islamabad. India, for once, is watching the unfolding drama and waiting for the developments that will once again indict our friend across as a `Terrorist State’.

The latest attack in Kashghar, a trade city in western China located close to Pakistan Occupied Kashmir, led to the death of about 20 people including five Uighur nationalists called terrorists by China. As per an official statement from Kashghar, terrorists captured after the attack admitted that their group’s leaders had been trained in making explosives and firearms at camps of the terrorist group, East Turkestan Islamic movement (ETIM), in Pakistan, before they sneaked back into China. “The suspects harboured thoughts of religious extremism. The outbreak of violence was no random occurrence”, the statement added. Since it is known that local authorities would not issue such sensitive statements without Beijing’s clearance, it clearly shows that China is not convinced by Islamabad’s assurances on keeping cross-border terrorism under check.

The situation worsened sufficiently to prompt Chinese President Hu Jintao to call up Pakistan’s President Asif Ali Zardari and express his `concern’. The call led to ISI chief Lt General Ahmad Shuja Pasha rushing to Beijing, presumably to plead innocence, but it does not seem to have worked or else there would not have been a public statement accusing Pakistan of fomenting terrorism. In a meek defence, Islamabad said it would extend “full cooperation” to China in countering the rebels of the ETIM.

Tracing the history of the conflict, the Uyghur’s are largely Islamic (Turkic) people who inhabit the western Chinese province of Xinjiang, and share cultural and linguistic bonds with Central Asia. Xinjiang is an autonomous region, with vast oil, coal and gas deposits and a population of 21. 8 million composed of 47 ethnic groups, of which the nine million Uighurs make up the largest group. After the fall of the Han dynasty in the 1940’s, the area briefly existed as independent East Turkistan before being re-occupied by Beijing after the communist revolution of 1949.

Since then, China has systematically flooded the region with Han settlers, thus changing its demography, to an extent that today Han people make up 40% of the population, up from a mere 6% in 1949.The Uighurs obviously resisted these attempts, and were thus branded as rebels and have been suffering under Chinese domination, ever since. In turn, China accuses them for all the violence in the region, perpetrated by “terrorists who are driven by the murderous ideology of Al Qaeda and LeT”. The recent round of trouble started in 2008 during the Olympic Games attacks, followed by the July 2009 protests in Urumqi, Xingjiang’s capital that had left nearly 200 dead. Many more18 people have died recently in fresh eruption of violence in Hotan and other areas.

This Muslim separatist movement has, no doubt, become a running sore for China. The claim by Uighurs that they are fighting against Beijing’s imperialist motives carries much conviction. The collateral damage caused by their attacks and counter-offensive operations has been huge, which, in turn, has resulted in Uighur’s alienation.

Past Chinese concerns over Pakistan’s perceived inaction against the terrorists of the Islamic Movement of Eastern Turkestan (IMET), operating from sanctuaries in North Waziristan, which had remained unexpressed, have been revived after the recent incidents of violence. Initially, these revived concerns found expression in the comments of Chinese counter terrorism experts working for well-known Chinese think tanks, but now they are being echoed even in the columns of the party controlled media.

Pan Zhiping, a researcher with the Central Asia Studies Institute under the Xinjiang Academy of Social Sciences, has called the IMET, “the most violent and dangerous” among the “East Turkistan” separatist forces. “The IMET traditionally trains its members for suicide bombings and car bombings before sending them to Xinjiang. But today more are using the internet to penetrate the border to spread bomb-making techniques”, Pan and other long-time Xinjiang observers have stated on different occasions.

Will the realisation that Pakistan will not desist from exporting terror to China, from which ironically it receives substantial aid for counter terrorism operations and whose protective shield has helped it to repeatedly escape punishment by the international community, bring about a shift in Beijing’s policy? It’s too soon to comment on that; in all probability Islamabad will succeed in mollifying Beijing by rounding up a handful of Uighurs and dispatching them to China to face PLA’s firing squads. Such tactics have earlier worked with the US, so why not with China? On the other hand, if China were to resolutely push home the point that Pakistan is promoting cross-border terrorism, it would strength the war on global jihad. This single `concern’ gives India an opportunity to underline the threat which China faces as a result of its double-standards on the question of the terrorist infrastructure in Pakistani territory, India must work towards making China realise that it could as much become a victim of Pakistani terror as India, or the rest of the world.