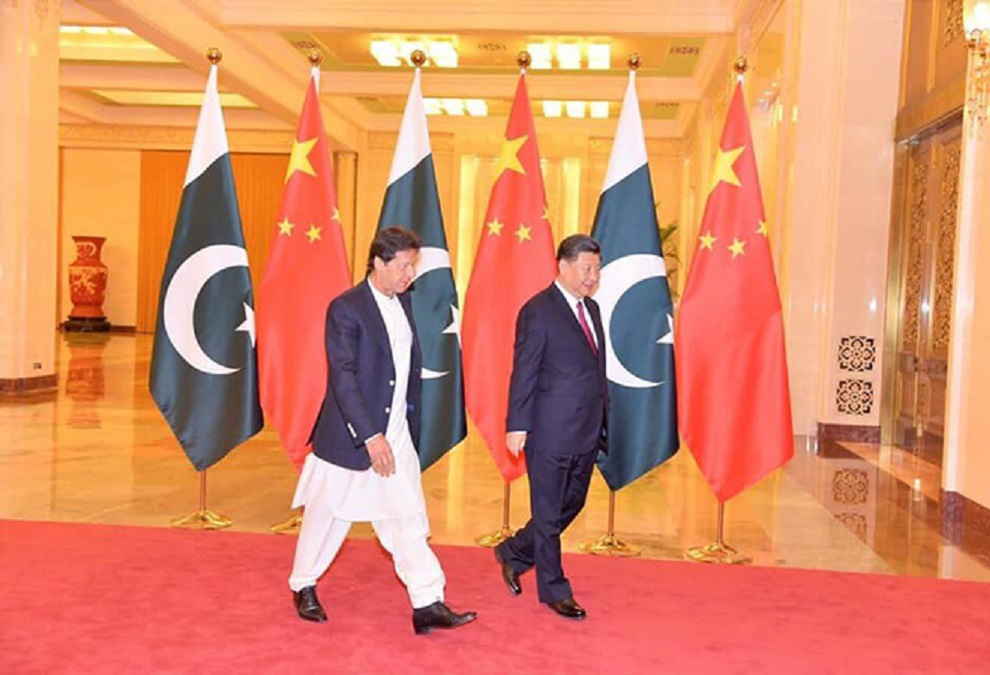 Pakistan has been marginalised and sidelined by the world for its activities of harbouring and training terrorists. Pakistan projected itself as the messiah of Islam and protector of the religion in the world and convinced the Arab nations to support and finance its misadventures. They have now understood the game and are disillusioned. The Pakistani economy has nosedived in the last decade after the US stopped giving financial aid to them. So the country was left with little choice but to fall into the lap of China for its survival and the financial grip of the dragon is now throttling it.

The bear hug of friendship from across its northern border is squeezing Pakistan, sparking fears that the country may be heading into a giant debt trap with China, to a point where the bonhomie could even encroach on its sovereignty. China is a wise country and never gives anything for free. The Chinese money pouring into Pakistan is not gratis but largely as loans that will need to be paid back. Under the deal, Islamabad by 2023 will have to return $21.8 billion of commercial loans and $7.75 billion taken as bilateral debt to Beijing. But considering Pakistan’s dismal economic state for several years now, it is doubtful whether it can ever return the loans. In July 2019, it received a $6 billion bailout from the International Monetary Fund (IMF).

Pakistan has once again turned to its all-weather friend China for help to avoid defaulting on its international debt obligations. According to the Pakistani Ministry of Finance and the State Bank of Pakistan (SBP), the country has now picked up a loan of $1 billion from China to repay the loan taken from Saudi Arabia. Desperate Pakistan did so because had it defaulted on the payment, Saudi Arabia would have reduced its financial support, threatening its very survival.

It’s surprising how the country is sinking deeper and deeper into China’s debt trap. According to an October 2019 financial report, Pakistan needs to repay China more than double the amount it owes the IMF in the next three years. Prime Minister Imran Khan’s Pakistan Tehreek-e-Insaf (PTI) party-led government took over $13 billion in foreign loans in the previous fiscal year. This is the second-highest amount in history. The loan was taken to repay maturing external debt and cushion the shrinking foreign exchange reserves. Since coming into power, the Imran Khan government received $26.2 billion in loans and out of that $19.2 billion was used to repay the maturing external debt and the remaining balance was added to the external public and publicly guaranteed debt.

A Vassal State of China

China will go to any length to prevent even a potential threat to its Belt and Road Initiative (BRI) and its economic domination. China’s recent aggression on the Indian LAC and over its other neighbours should be seen through the same prism. Beijing’s domination over Tibet, Mongolia, Hong Kong and North Korea should also give an unintended warning to Pakistan that it cannot get away from China’s “friendly” grip, even if it wants to. Given the state of its society and polity, Pakistan can never pay off its dues nor does it intend to. To that extent, Pakistani sovereignty is compromised permanently. While there may be a debt write off from elsewhere, China, the modern-day Shylock, will not let go. It will extract its pound of flesh and blood.

There are two options for China with respect to Pakistan:

China has been smart when it comes to its ties with India. It has diplomatically supported Pakistan but has never opened another front whenever there was an armed conflict between India and Pakistan. However, for the last 74 years after Independence, India never had the guts to stand up to China and managed it diplomatically by toeing Beijing’s line and not annoying it. However, 2020 has brought India in direct confrontation with China and the ‘New India’ has mustered up the courage to stand up to China’s hegemony and dominance in the neighbourhood. However, if a confrontation between India and China starts, Pakistan being a vassal state of China will definitely open up the western front along with Hybrid warfare using terrorist outfits trained and harboured in Pakistan. Therefore, India has to tread carefully and avoid armed conflict with China till it is prepared for a two-front war. It seems inevitable, hence preparing earlier will be better.

(The author is Geo-strategic analyst and columnist)