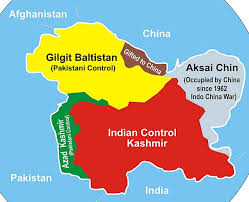 The separatist and disruptive forces in Kashmir have, over the years, gained expertise in reaching out to anybody and everybody who shows even the slightest inkling of supporting them; the latest in their long line of fan following in China.

The impetus in this direction was given by some comments made by China with regard to the situation in Kashmir post the killing of the terrorist Burhan Wani. China had, in that instance, shed its traditional reticence and made certain avoidable statements abjuring the violence in the aftermath of the incident. It however, failed to admit that the violence had been engineered by its own all weather friend in the neighbourhood – Pakistan.

A second impetus has been provided by Chinas consistent vetoing on India’s bid get the United Nations to officially declare Masood Azhar, the Jaish-e-Mohammad chief, a terrorist.

Buoyed by the support that China seems to be extending, the separatists in Kashmir have gone into hyper mode in trying to woo country. Security forces in Kashmir have seized Chinese flags from the custody of separatist followers. Evidently, the intention is to wave the flag along with the Pakistan and the ISIS flags during demonstrations.

China, of course, has an interest in Kashmir. The interest, however, is limited to safeguarding its assets in Pakistan Occupied Jammu and Kashmir (POJK) and Gilgit-Baltistan. Further, it’s very obvious strategy is to keep India on tenterhooks by supporting Pakistan in all of its stupidities. By so doing, it showcases its control over Pakistan and demonstrates its power in the region.

China knows very well that stability in Kashmir would impel India towards looking for a return of its occupied territories which would jeopardise the China Pakistan Economic Corridor (CPEC) and its other projects in the area; hence, the diktat to Pakistan to keep the pot boiling in Kashmir.

Provision of covert support in the form of monetary compensation, supply of arms to terrorists etc. is something that it would be happy to do at any time. To move any further on the issue, however, is something that would go against Chinese South Asian policy whose foundation lies on the agenda of development; it wishes to play a leadership in the Asian markets not battlefields.

China is unlikely to get directly involved in Kashmir or with India on the subject when it can get its servants in Pakistan to do the dirty work.

China also has a concern of growing fundamentalism in its Muslim regions of Xinjiang. The terrorist attack on the Chinese embassy in Bishkek, Kyrgyzstan may only be the beginning of more sustained, low-scale assaults on Chinese assets in the region.

This situation will soon give a good reason to the Chinese leadership to have a relook at the assistance that it is providing to Pakistan with regard to Kashmir where Pakistan is playing out its game solely on the basis of terrorism.

It should be remembered that when the stakes are high China prefers to stay neutral as it did during the Kargil conflict. At that stage, it called upon India and Pakistan to resolve the issue through dialogue and negotiations. It has also refrained from identifying the Kashmiri people as a third party to the dispute.

China has to now contend with the aggressive diplomacy being adopted by the Government of India. Prime Minister Narendra Modi has been very candid and forthright is expressing India’s reservations with respect to the increasing Chinese involvement in Pakistan, especially the occupied territories.

On, September 4, at Hangzhou, China, Prime Minister Modi asked Beijing to “respect” and be “sensitive” to New Delhi’s rising worries regarding CPEC.

The sanction given by the Indian Government for the proposed visit of the Dalai Lama to Arunachal Pradesh has considerably infuriated the Chinese. A spokesperson of the Chinese Foreign Ministry has said that India’s “invitation to the Dalai Lama for activity in the disputed areas” will only damage peace and stability of the border areas as well as the bilateral relationship between the two countries.

China is also concerned with the Indian tilt towards the United States and the reciprocation being received thereof. The military logistic deal LEMOA between India and the US has caused considerable anxiety.

President Xi Jinping has recently been elevated to the exalted position of “core leader” that was earlier enjoyed by Mao Zedong and Deng Xiaoping. He is too busy consolidating his rising power within the domestic politics to look at anything as small and innocuous as Kashmir.

The aforementioned developments are likely to lead to a rebooting of policies in China. If the terror activities by Pakistan in Kashmir become a source of insecurity in its own territories or if its trade and financial position gets threatened, China will simply pull the rug from under the feet of Pakistan. Kashmir, in any case, figures only peripherally in its great game for the region, Kashmiri people – not at all.

If the separatist and disruptive elements in Kashmir have even an iota of intelligence they would understand the game that China is playing. They are being used as mere pawns and will be sacrificed at the earliest requirement to do so. They should read the writing on the wall and not get too excited about the so-called support that China is purported to be extending to them.

Indian is the only country with which the state of Jammu and Kashmir, especially the Kashmir Valley, is safe and protected. Its integration with India at the time of partition is justified, legal and righteous.  This looking over the shoulder at foreign powers, as the separatists are doing, is a recipe of disaster for the state, especially the Kashmir Valley. That they think in this manner is, by itself, contrary to the interest of their people. Such reprehensible designs need to be first exposed and then eradicated.