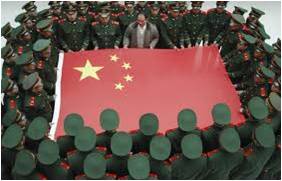 The latest news reports of India’s decision to improve upon its strategic profile along the Indo-China Line of Actual Control (LAC) in the Ladakh as well as the Arunachal Pradesh region has come as a relief to all those who have, for long, been projecting a need for India to get over its preoccupation with the beleaguered Pakistan and look towards China as a potential adversary, and a very dangerous one at that. It is hoped that the necessary sanction from the Cabinet Committee on Security to the proposed raising of additional Divisions and a Corps along the LAC will not be delayed given the gravity of the situation. The moot questions that come to mind are – is the perception of an enhanced threat from China real or is it a fallacy? Secondly – what has happened to bring things to this level of criticality?

There are a number of factors that point towards a new belligerence in Chinas posture towards India. The die has been cast by adopting a rigid position on the boundary dispute which had, for some time now, been relegated to the background for the larger purpose of building economic ties. This development is saddening since the previous policy has build up a sound foundation of economic cooperation with political, social and cultural exchanges being at an all time high.

There are a number of other areas where China has, by implication or action, raised alarm bells in India. The build-up of infrastructure in Tibet at a frantic pace is the chief amongst these. The railway line between Beijing and Lhasa has greatly facilitated the movement of man and material. It is being appreciated that soon this line will be extended to Yatung, just a few miles from Nathu La in India and onwards to Nyingchi, bordering Arunachal Pradesh at the tri-junction between China, India and Myanmar.

With the necessary infrastructure in place China has not shied away from adopting an aggressive attitude in its border management. The basic ingredients of Panchsheel and the Peace and Tranquility Treaty are being conveniently replaced with aggression through patrolling, verbal spats, incursions, use of Unmanned Aerial Vehicles (UAV’s) for gathering of intelligence and what not. It seems that the Chinese are bent upon provoking the Indians into a fight that can be escalated to all out conflict.

Things are no better on the diplomatic front where China is losing no opportunity to put India down. There is a new belligerence in the outlook towards the border dispute. Many pinpricks are orchestrated with actions like issuing stapled visas to visitors from Kashmir and Arunachal Pradesh, denial of permission to visit China to a serving Army Commander of Indian Army, an obscurantist policy towards the decision of the Nuclear Suppliers Group to meet India’s legitimate nuclear requirements, blatant colonisation of a major portions of the Northern Areas which are Indian territory illegally occupied by Pakistan, blocking of India’s application to the Asian development Bank for a loan for Arunachal Pradesh, which China continues to claim as part of its own territory. These are just a few examples of China’s new found animosity against India. It can no longer be denied that the trust deficit between the two countries is on the upswing.

Under these circumstances India’s decision to step up its military presence on the Indo-China LAC is a step in the right direction. In fact, it can be termed as a strategic correction which is “too less and too late”, thus implying that more needs to be done with utmost urgency to contain Chinas belligerence. China is testing the waters and any sign of weakness form the Indian side will definitely be exploited to the hilt.

India has to enhance deployment, accelerate the pace of modernization, increase indigenous research and development capacity, create a formidable capability to produce armament indigenously as is being done by China.

The Indian Armed Forces have to burn midnight oil to come up with credible counters to a multi-front conventional war involving both Pakistan and China. India has to shed its defensive thought process for a proactive one. It is time to realise that the honeymoon of war games against a much weaker enemy like Pakistan is over; the threat now is very real, very potent and very perilous.

International diplomacy has to run simultaneous to the military buildup. As a first step, India’s “Look East” policy, which is a credible alternative to counter to the “string of pearls” policy for long being pursued by China, needs to be strengthened. A sustained effort has to be made to build economic and political this and address common security concerns with South Asian countries like Singapore, Thailand, Indonesia, Taiwan etc. An impetus needs to be given to joint exercises and integrated plans for policing of the Indian Ocean with these countries. A similar exercise also has to be launched with littoral states like Myanmar, SriLanka, Bhutan and Nepal which are slowly but surely coming under the influence of China. Further,India has to leverage its traditional friendship with Russia and also create common cause with the US. An important aspect is to tell expose the colonization of the Northern areas by China and provide moral support to the people who are being deprived of their land and freedom.

To summarise, India has to now gear up for a most menacing threat which requires a sustained national effort ably supported by dynamic political and military leadership. If this is not done, the Nation will face a catastrophe.