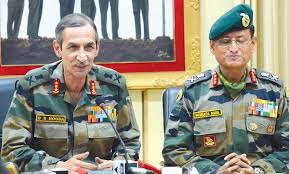 On Monday, November, 3, 2014, a mobile vehicle check post of the Indian Army at Chattergam, District Budgam, about twenty kilometres from Srinagar city, fired upon a white Maruti car. There were four young boys in the car.  Two of them Faisal Ahmed Bhat and Muhammad Zahid Naqash lost their lives due to the firing while the other two Zahid Abdul Naqash and Shakir Ahmed Bhat who were rushed to the 92 Base Hospital of the Indian Army are in a stable condition.

This is a very unfortunate incident! Whether it was avoidable or not is something that the Police and internal inquiry of the army will establish. Either way, the loss and the void for the families cannot be filled. This is the time to stand firm with the families in their hour of grief and extend all possible support. Sadly, this is not happening. Without a shred of sensitivity for the feelings of the bereaved families, the separatists and some other political leaders have converted the tragedy into a huge propaganda exercise to discredit the Indian army and negatively impact the impending electoral process.

While dealing with the stringent anti-army rhetoric it becomes important to also understand the manner in which the security situation has changed for the better in the last few years. As terrorism lost its sting in the state, the central and the state governments set out a comprehensive programme to reduce the inconvenience that the people had been suffering. A special endeavour was directed towards the Kashmir valley with a conscious effort to reduce collateral damage during operations. Also on the agenda was reduction of day to day difficulty caused to the people due to excessive checking.

Dr. Manmohan Singh, then Prime Minister of India, laid down a policy of zero tolerance to human rights violations; security agencies made all effort to implement the same in letter and spirit. In 2008, the process of transferring policing duties from the army to the paramilitary forces and onwards to the JK Police was initiated. The process slowed down due to the agitations in Kashmir valley in 2009 and 2010 but it was not allowed to be derailed. Instead, steps were taken to improve the capacity of JK police in handling crowd control, intelligence gathering and the like. The drastic reduction of bunkers in the urban hubs is a major indicator of the effort being put in the right direction and the positive results being thus accrued. Today the army has no law and order responsibility in urban hubs. It only reacts in counter terrorism situations where specific information is available and that to in coordination with the local police.

The Indian army gave a boost to its people friendly initiative under Operation Sadbhavana by getting closer to the local people. Interaction at all levels was initiated establish cordial relations. The army undertook a number of people friendly initiatives on the basis of inputs received from such interaction. These assisted in ushering peace, prosperity and development in the region while improving upon the already strong bond between the common man and the soldiers in Kashmir.

The army has been quietly rationalising deployment to be less conspicuous while maintaining the capability to respond quickly. Better intelligence and sharing of inputs has assisted to a great degree. Presently the army has an operational presence only in the higher reaches where terrorists are infiltrated and hidden. It has to be noted here that people living in remote hilly areas welcome the presence of the army in proximity to their villages since it provides security, economic sustenance and development.

The army recently awarded life imprisonment to two officers and three soldiers who have been found guilty of having engineered a fake encounter in Machil in 2010. This, by itself, is a clear indicator of the army’s determination to disallow acts of indiscipline. The chief minister of the state, Omar Abdullah, has welcomed this verdict as a watershed moment that has re-established faith in institutions of the state.

What is important is to realise that the security forces are responding to a situation not of their creation but a product of inimical foreign machinations. So long as the neighbouring country continues with its wicked policy of exporting terrorism into Jammu and Kashmir, the security forces cannot lower their guard. Maintaining a counter terrorism grid is even more important today since it ensures that the advantage gained over the terrorists is not withered away. Despite this, the government and the security forces have walked the extra mile to reduce the stress and psychological burden of the people.

The army has already expressed regret over the killing of the innocent young boys in the Chattergam incident; it has offered compensation even before the guilt or otherwise of the personnel involved been established. By doing so it has exhibited rare humanity and a genuine sorrow for what happened.

This remorse exhibited by the army does not establish the guilt of the personnel who were involved in the incident. It is possible that some unavoidable circumstances led to this unfortunate incident. Accidents do happen and more so under stressful conditions.

The decent way forward is to carry out an impartial inquiry and punish anyone found guilty. The bereaved families should have respected the remorse being felt by the army and accepted the compensation; obviously they have been misled by certain mischievous elements. The incident, however, cannot be adjudicated as a law and order issue. In case it is established that that there was no malafide intention behind the firing then the soldiers involved cannot be tried as criminals, as is being demanded by some anti-national forces.