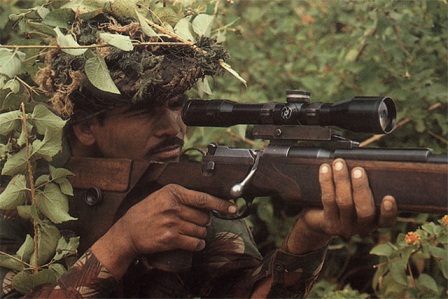 Today, as an off-shoot of the “Anna” wave, the Nation is faced with a demand for a greater say of the common man in the day to day affairs of State. Unfortunately, this positive development has also translated into treating all instruments put in place by the State as suspect and highly inimical to the interests of the common man. Enveloped in this frenzy to correct the system is an ideological zeal which surpasses logic and demands that which is neither feasible nor practical.

A prime example is the resurgence of the demand to repeal the Armed Forces Special Powers Act (AFSPA) that is active in certain disturbed areas of the country. Firstly, what this has to do with the current preoccupation with corruption is not understood. Probably those who are bringing the issue to the forefront wish to strike the iron while it is hot; a clear case of exploitation of a situation to further a vested interest. The demand to repeal this act is made on the premise that it is draconian in nature, that it provides unwarranted powers to the security forces that are misused to the detriment of the common man, that it erodes the trust that the common man places on the state and that it is superfluous since the conditions no longer demand it. In Jammu and Kashmir, all of the above need to be tested against ground realities.

The AFSPA is applied in only those areas where the situation so demands it. This act is preceded by the invocation of the Disturbed Areas Act (DAA) by the Parliament for that particular area or State. The AFSPA may be repealed only once the DAA has been repealed which, in turn, is repealed procedurally when the situation is considered right.

A brief look at the situation in Jammu and Kashmir in this context would not be remiss. In the past one month alone the security forces have foiled a number of infiltration bids sponsored from across the border. These bids cost the Indian security forces dear in terms of loss of human life. The martyrdom of a young officer, Lieutenant Navdeep Singh, while foiling a massive infiltration bid in the Gurez Valley of North Kashmir caused widespread dismay and grief across the Nation. This is just one instance of the personal loss that the security forces are bearing while fighting forces of terror in Kashmir. It is after paying such a heavy price that a semblance of normalcy is being maintained in the valley.

What eludes the common perception is that AFSPA has an in-built mechanism that ensures that transgressions and human right violations by personnel of the security forces are dealt with utmost severity. Even the whiff of any kind of misconduct is thoroughly investigated and justice is meted out at speeds unimaginable in the civil judicial system. The recent case where men of the security forces were accused of having raped a local girl bears testimony to this fact. Despite an inkling that Army men were not the culprits, those posted in the vicinity were not protected from the process of investigation by a special investigation team comprising of the State Police. Ultimately, it emerged that the woman had made some false statements. Compare this with Pakistan where even in the event of there being firm evidence against military personnel the law decrees that his word is taken above that of a civilian. Now that is what one would call draconian!

It is certainly not the intention of the Government to turn the State into a permanent garrison. The decrease in troop presence in Srinagar city is palpable. In this year alone, 30,000 Army troops and a large contingent of Para-military forces have been moved out of the State and many bunkers in Srinagar city have been removed. In the meanwhile, the Jammu and Kashmir Police is being geared to deal with the security challenges so that they can successfully take over this responsibility from the central forces. Overall there is ample evidence of the commitment of the government and security forces to reduce troop presence where feasible, but this determination is eroded by incidents like the recent spate of infiltration bids which make letting down of the guard all the more difficult.

In the highly advanced Nations of the world civil society and social institutions are evolved to such an extent that all the self-corrective measures are in place. Such Nations also have been forced to adopt enhanced security paradigms due to the heat of terrorism. India has extremely volatile regions enveloping it and is very vulnerable to external mala fide intentions; it simply cannot afford to let down its guard. Peace and normalcy in Jammu and Kashmir have been attained at a very high human as well as economic cost. We would be well advised to work hard at preserving it rather than relaxing our vigil and losing the initiative. An increase in terrorist activity would have disastrous consequences. It is better to suffer a little inconvenience for a larger cause.