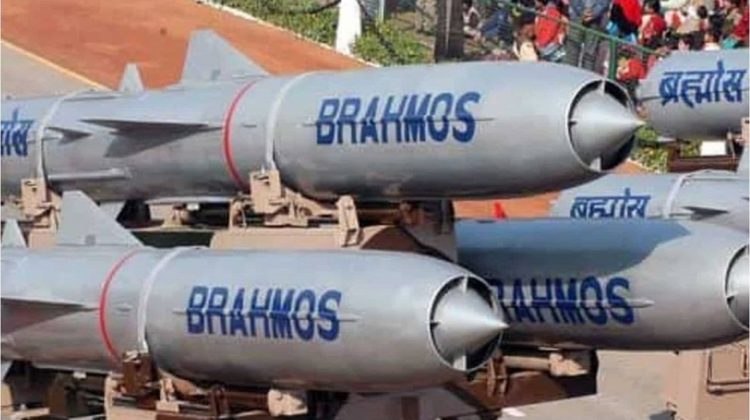 On 11 Jan 2022, the Supersonic Brahmos NV was test fired  from Indian Navy Ship, INS Vishakhapatnam, a  stealth guided missile destroyer somewhere in Bay of Bengal and precisely hit the designated target almost 300 kms away within 15 minutes of its launch. The prime minister and defence minister have congratulated the Indian Navy for its mission readiness and DRDO for yet another stride towards “Mission Atmanirbhar.”

Brahmos, under Project 10, produced by India is one of the best cruise missiles in the world. It is a medium range, supersonic missile based on Ramjet principle, capable of being launched from Trident modes i.e. Sea, Land and Air platforms. It is a Joint Venture between DRDO and Mashinostroyenyia (NPO) of the Russian Federation. These two organisations have formed Brahmos Aerospace Limited on 12 February 1998 whose headquarter is in New Delhi. The  MOU was signed between Dr. APJ Abdul Kalam, then DRDO Chairman from India and Russian Deputy Defence Minister N V Mikihilov, who was also head of  NPO Mashinostroyenyia. The name Brahmos is a portmanteau, coined from two rivers, Brahmaputra  of India and Moskva of Russia. The objective was to design, develop, manufacture and market the world’s best supersonic cruise missile.

The first facility to be developed was Brahmos Aerospace integration /production centre at Hyderabad in Telangana in 2007 and the second production and testing facility was established at Thiruvananthapuram, Kerala in 2008.

Initially, till 2008 , Russia supplied 65 percent of the Brahmos component including Ramjet Engine and Radar tracker but now India makes 65 percent of Missile parts indigenously. With the Brahmos Manufacturing centre coming up in Lucknow Defence Industrial Corridor  in 2021, the indigenous component will rise to almost 90 percent with an Indian made seeker and booster engine being put in place.

A Cruise missile is a guided missile used against terrestrial or ground targets. It generally follows a non ballistic, extremely low altitude trajectory. It flies at a constant speed and is designed to deliver a conventional/Nuclear warhead over long distance and with high precision. The older version of Cruise missiles like Tomahawk of USA had subsonic speed but the new versions are capable of cruising at supersonic as well as hypersonic speed. The advantage of Cruise missile over Ballistic missile is that as it does low flying it cannot be detected by Radars, Electronic surveillance devices and even AWACs. It has very low Circular Error Probability(CEP), meaning that it is very accurate, precise and with low collateral damage. Interception is very difficult. 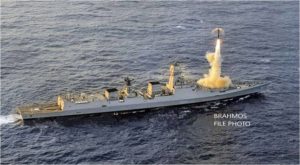 The disadvantages are that it cannot carry large war heads and generally the subsonic version has slow flying. Moreover, Cruise missiles cannot have capabilities of long range like Intercontinental Ballistic Missiles (5000 Kms plus).

Brahmos 1 was first test fired on 12 June 2001 from Integrated Test range (ITR) Chandipur in vertical configuration. On 14 June 2004 it was fired from Mobile Launcher.  On 5 March 2008, it was launched from INS Rajput and later from INS Ranveer. The Brahmos was then test fired at Pokhran Ranges for summer trials with success. On 5 September 2010, Brahmos created a world record for being the first supersonic  cruise  missile. It was tested with Indian seeker and propulsion system on 30 September 2019 and extended range version was fired in September 2020. Submarine launch version was successfully test fired on at NSTL underwater pods on 20 March 2013. Brahmos A version was developed  in 2016. SU30MK1  aircrafts were suitably modified and on 22 November 2017, Brahmos A was successfully launched from SU30MKI and hit the sea based target 500kms away in Bay of Bengal, a record was created by IAF which became the only Air force in world to fire a heavy pay load supersonic cruise missile from a fighter jet. As on date, 40 SU 30mkl have been suitably modified for Brahmos fitment.

Brahmos ll  will be a hypersonic version of Indian Cruise missile. The speed already tested is almost Mach 8 ,the fastest in the world. Trials are in progress. Brahmos ll is likely to be in service in 2024. Yet another version under development is Brahmos NG ( Next Generation) variant. It will be lighter by half , smart with Artificial intelligence, faster Mach 7 to 8 and more lethal and accurate. SU 30 mk 1 will be able to carry four missiles and also can be fitted on Rafale and Tejas Mk IA and ll .The new production centre spread over 200 acres was inaugurated on 26 December 20201and will be operational by December 2024.

Brahmos Aerospace has developed a Export version with limited range to be supplied to friendly nations. The cost per unit is 2.75 million dollars. The countries like Vietnam, Philippines ,South Africa, Oman ,Chile, Brazil, Indonesia  have shown interest in purchase of Brahmos  weapon system. The deal with Vietnam and Philippines is in final stages. Indian Govt has agreed for line of credit to Vietnam and Philippines . With Brahmos, India which was largely known as heavy importer country of Defence equipment will transform in to a defence hardware exporting Nation.