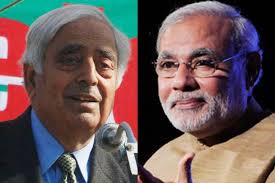 The news in media circles of the Bharatiya Janata Party (BJP) and Peoples Democratic Party (PDP) having reached a broad agreement to form a coalition government in Jammu and Kashmir is a good tiding. The people of the state braved adverse circumstances to vote for a stable and democratic government that would ameliorate their numerous problems. In the absence of a clear mandate, they have been looking forward to a credible coalition that would have the capacity to deliver good governance.

A large number of permutations and combinations for government formation have been doing the rounds. Except for Congress-BJP all other combinations – BJP-National Conference (NC), PDP-NC, PDP-Congress and above all a grand alliance of PDP-NC-Congress have cropped up from time to time. An overwhelming perception is that the BJP-PDP combine is best suited to provide stability.  Being the only upright path this coalition will find support from all segments of society at the state as well as the national level.

In view of the ideological differences between the two parties it is only right that they took time to reach to a consensus. It is better to clear the air beforehand than to get into a spat later and endanger the coalition.

Basically, the two parties seem to have agreed to focus on governance and welfare of people as is the aspiration of the common man.  They have decided to keep all contentious issues on the back burner. The BJP has been magnanimous in agreeing to a full term chief minister of the PDP with Mufti Mohammad Sayeed on the helm. This big concession is reflective of the maturity with which the national party has addressed the problem. There is also an indication that PDP will retain the Home and Finance portfolio.

After having demanded a larger role for his party and having procured the same, the PDP has to understand the responsibility that has come its way. The Chief Minister will have to remain alive to the core areas of the coalition in order to run the government as a cohesive whole. The silver lining is that Mufti Mohammad Sayeed has the maturity and the leadership to succeed in this sensitive situation.

The foremost task would be to ameliorate the misery of the flood victims who have suffered the maximum due to delay in formation of the government. Their rehabilitation will merit utmost priority. Here the PDP will have a big role to play since it will hold the finance portfolio. Funds will have to be procured speedily and allocated judiciously. Their proper utilisation will have to be ensured. It should not be forgotten that traditionally Jammu and Kashmir has a notorious reputation so far as corruption and accountability are concerned.

Redevelopment of the flood affected area in a manner that changes this adversity into an opportunity is equally important. The shattered infrastructure should be rebuilt on modern lines. Systems should be put in place to ensure that such a calamity does not happen again. A smart city with adequate flood control measures will be the most appropriate. All of this will require dedicated, herculean effort and will be an acid test for the government.

The second important domain is that of internal security. The previous state government waxed eloquent about the need to revoke legislations like the Armed Forces Special Powers Act (AFSPA) but did nothing to create an environment where such a decision could be taken. There is an urgent need to upgrade the capability of JK Police to an extent that it can take on the unique internal security responsibilities of the state. For this its strength will have to be increased, special anti-terrorism squads created and special training in riot control etc imparted. Modern equipment will be required for the specialist tasks. The process will be time consuming and will need assistance of the central government. This is where a bigger push is required before the process of revoking AFSPA is initiated. A hasty, impetuous and populist decision in revoking AFSPA will have disastrous consequences.

Two thorny issues that are likely to remain within the coalition are dealing with the separatists and dialogue with Pakistan. So far as the separatist leadership is concerned, Mufti Mohammad Syed should take notice of the widespread revulsion that glorification of the Tral terrorists by Syed Geelani has generated. There is an increasing demand for slapping of sedition charges against him. There is ample reason for this revulsion, Geelani is making martyrs out of persons indulging in criminal activity; these terrorists killed Colonel MN Rai and a Police Constable in cold blood  while they were trying to find a way to get them to surrender.

Mufti Mohammad Sayeed and the PDP would do well to convince the so-called leaders to resort to the democratic process. In case the separatists insist upon following their existing anarchical and secessionist policy then PDP would be well advised to isolate itself from this fast dwindling conglomerate.

The belligerence that Pakistan is showing by incessant and mindless firing along the international border and the line of control, the inaction by the Pakistani government against proliferators of terror like Hafiz Saeed despite international pressure and the consistent attempt to increase terrorist activity in Jammu and Kashmir leaves no scope for India to initiate a dialogue process with the country. Mufti Mohammad Sayeed having been Union Home Minister can well understand this aspect.

It is quite clear that the best option for the emerging coalition would be to concentrate on good governance which is sorely required in the state at the moment. What should not be done is to attempt to hide administrative inefficiency and corruption behind a artificially created veil of ideology. The voter in the state is well aware of his rights and is not likely to fall for such distractions. The fate of the NC-Congress coalition should be reason enough t restrain the new alliance from following a similar fatuous path.