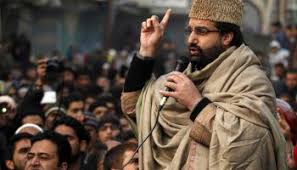 Mirwaiz Maulvi Mohammad Farooq, the much revered spiritual leader of the Muslims of Kashmir and father of Hurriyat Conference chairman, Mirwaiz Umar Farooq, was brutally murdered on May, 2, 1990, at his residence in Srinagar.

The security agencies and the terrorists blamed each other for the heinous crime. The terrorists called it a state sponsored conspiracy to derail the ‘armed struggle’ while the security forces termed it as an attempt by terrorists to ‘crush the voice of reason’ in the Kashmir Valley.

Twelve years later, on the same day (May, 21, 2002), another moderate Hurriyat leader, Abdul Gani Lone, was gunned down by unidentified assailants at a rally to mark the death anniversary of Mirwaiz Maulvi Mohammad Farooq, at Eidgah ground in old Srinagar city.

In 2011, almost two decades after the assassination of the Mirwaiz, the prominent Hurriyat leader, Abdul Gani Bhat, opened a can of worms by admitting that the killing of many Kashmiri leaders, including the Mirwaiz, Abdul Gani Lone, his own brother Mohammad Bhat and Professor Wani was the handiwork of terrorists.

“Lone sahib, Mirwaiz Farooq and Prof. Wani were not killed by the army or the police. They were targeted by our own people. The story is a long one, but we have to tell the truth,” he said candidly.

Corroboration of what Bhat was saying came from Wikileaks which said that ISI had a direct hand in the killing of prominent personalities in Kashmir. Wikileaks quoted a US cable as saying that an Al Qaeda terrorist arrested in 2002 had given this information when interrogated. More significantly, the targets in India, according to the terrorist, were chosen by the Pakistani Army.

The admittance sent shock waves outside the Kashmir valley, but the Kashmiri people did not react because what was said was common knowledge for them.

April, 2011, witnessed yet another gruesome murder of a spiritual leader. The target this time was Maulana Shaukat Ahmed, the soft spoken, 55 year old chief of the Jamiat-e-Ahli-Hadees (JAH). The notable cleric was a man of conviction who did not hesitate from speaking out his mind. He held pro-freedom views and was known to be a liberal, very vocal against all forms of violence. He openly denounced stone pelting and other such disruptive activities as un-Islamic and went to the extent of issuing a fatwa against them. In the process, he earned the ire of the likes of Syed Geelani and the terrorist organisations.

Conspiracy theories flew fast and furious after his murder. Geelani termed the incident as, “the handiwork of the anti-Kashmiri and anti-Islam elements”. Nayeem Khan termed the killing as, “an act of enemies of the people of Kashmir who are hell-bent to divide the society.”

The innuendo was that some Hindu extremist organisation had killed the Maulana, a ludicrous assertion considering the miniscule presence of Hindu organisations in the Kashmir Valley.

Incidentally, Maulana Showkat Ahmed was the first to demand an inquiry into the killings of Mirwaiz Farooq and Abdul Gani Lone. It was as a follow up to his statements that Abdul Gani Bhat openly said that these leaders had been killed by “our own men”.

Bhat spilled the beans after two decades in 2011 because, at that stage, he was embroiled in a battle for control of the Hurriyat Conference. He was vigorously resisting the move by Mirwaiz Umar Farooq to unite the various factions of the conglomerate since the move would have brought his bête noir, Syed Geelani, to centre stage.

He said he would not be associated with any such move that would mean the “hegemony or aggrandisement of any person”, thus making an oblique reference to Geelani.

The silence of the political lobbies in Kashmir and specifically the separatist leaders at the time when the Hurriyat leaders were murdered by terrorists suggests that the acts had the approval of foreign forces exercising power in the State.

As a corollary, the exposure of this information after a decade indicates the high degree of self interest that dictates the politics of the Hurriyat leadership. The influence of Bhat and other Hurriyat leaders was at an all time low and this propelled them towards saying what they did. No righteousness involved here!!

Hurriyat owes an apology to the security forces maligned all through this turbulent phase and continue to be so.

The gruesome murders of tall leaders of the Hurriyat conference should also open the conglomerate to self analysis – Can anyone among them take an independent stand ignoring the dictates of the Pakistan Inter Services Intelligence (ISI) and Pakistan government/Army without paying the price of his life? It seems that the Hurriyat, which was created by the ISI, has been called upon and will continue to be called upon to give its pound of flesh to its mentor as and when the need arises.

There are many more relevant questions that can be asked – how many more such facts and truths are there in the political closet of the separatists in Kashmir? What is the policy of the separatists with respect to the security of the region considering the fact that the criminality of terrorists stands exposed? What factors are considered to decide the political postures?

It is time for the Hurriyat and other separatist organisations to introspect while learning from the mistakes of the past. The need of the hour is an honest unraveling of the hidden instruments which guide the politics of Kashmir. It is only with honesty in approach and removing of all skeletons from the cupboard that the separatists can become relevant stake holders in the progress and prosperity of Kashmir. Transparency is desired from all the actors in the socio-political spectrum of the trouble torn region.

(Dr. Simrit Kahlon is an academician and a columnist of repute)