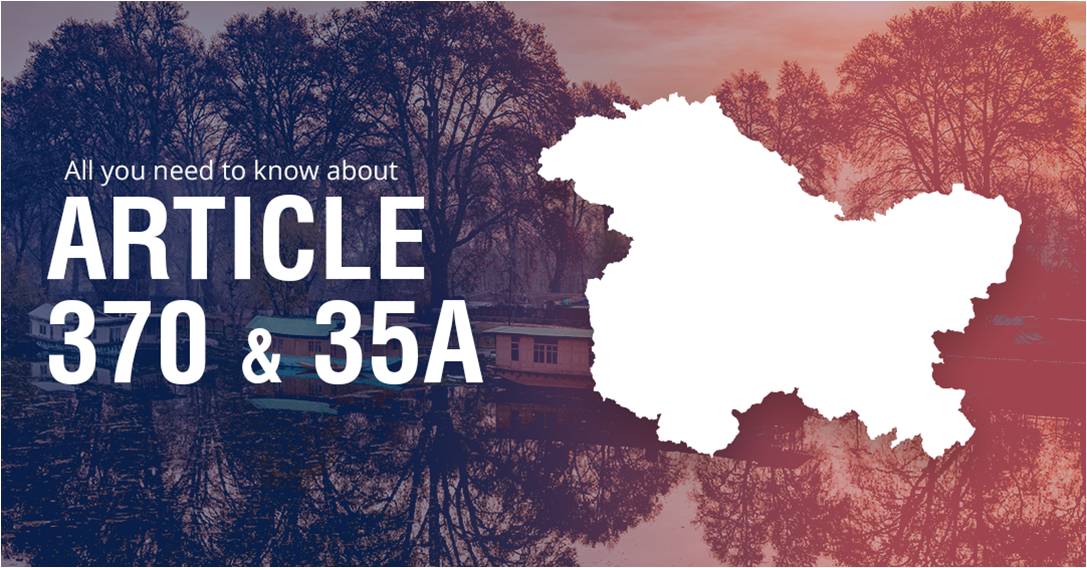 There was a time when many intellectuals and analysts, while articulating Article 370 and Article 35A of the Indian constitution, used to wonder as to how these legislations were helping the people of Jammu and Kashmir? They got their answer in the post August-2019 scenario, wherein, there was no turbulence in the aftermath of abrogation of the legislations and bifurcation of the state into two Union Territories. It became very apparent that it was not the people but their leaders who were rooting for continuance of the legislations and that too for personal agendas.

“Kashmir will burn if Article 370 and Article 35 A are tampered with.” “Central Government should refrain from playing with fire,” are examples of the statements that were made by separatists and so-called tall leaders of the mainstream local parties of Kashmir like the National Conference (NC) and the People’s Democratic Party (PDP). Non-reaction by the people indicated how divorced they were from the ground reality.

The mantle to create an international upheaval on the subject was taken by the Pakistani premier, Imran Khan. He bent backwards to garner international support against the constitutional decision taken by the Indian parliament. He received no positive response from any quarter, which put his political career at stake as his nation saw him ignored in the international fora. Imran Khan cannot be faulted since the whole world felt then, and continues to feel today, that what has happened in Kashmir is good for the region and its people.

The reality that emerged was that the people had, all through, been against Article 370 and Article 35A but were not ready to speak out openly; when the said legislations were abrogated they did not react, instead, they went about their daily routine in a normal manner.

It was so because the said legislations had been anti-people from the very beginning. It has been historically proven that they were incorporated by Pandit Jawaharlal Nehru to favour his good friend Sheikh Abdullah. Many legal luminaries have stated on innumerable occasions that Article 370 was set up as a temporary measure to implement the Indian Constitution fully in Jammu and Kashmir and should have been repealed within six months after having completed the constitutional obligation. The country is already behind time by six plus decades in this regard!

Legal experts have also remained convinced that a bigger damage to the spirit of the Indian Constitution was being done by the provisions of Article 35A which denied residents of the State protection under Article 14 (equality), Article 15 (prohibition of discrimination on basis of religion, caste, race or place of birth), Article 16 (Equality of opportunity in matters of public employment and reservations) and the fundamental rights of the Constitution under Article 19. There is no place in democratic India for such provisions that actively curb the rights and privileges of the citizens of the country. It would be pertinent to review all the areas where the people of the region were denied facilities and constitutional safeguards due to the two draconian legislations.

Many progressive legislations and provisions of the central government could not be extended to the J&K because they have not been legislated upon by the state government.

Panchayats of the state were constantly fighting for empowerment which was being denied since 73rd and the 74th amendments to the Constitution of India had not been extended to the state.

More serious was the loss borne by the Scheduled Castes, Scheduled Tribes and Other Backward Classes who are not availing the benefits of central schemes

Business suffered because people from the rest of the country could not establish infrastructure in the state.

The socio-psychological divide created by the statute negated integration of the youth of the state with other parts of the country.

The 1947 refugees from Pakistan and people of the Valmiki Samaj were denied citizenship of the state for seven decades since independence.

The state government was not accountable to the Nation despite looking for assistance all the time. The Right to Information route could not be applied to find out where the funds went? The poor people remained ignorant while the rich and mighty were in collusion.

Colonisation of people in Pakistan Occupied Jammu and Kashmir (POJK) by the federal Government of Pakistan was not being addressed in a serious manner.

Women of Jammu and Kashmir, due to provisions of Article 35A, were being denied full-fledged rights to land and property in the state. Such women who were state subjects but married a person who was not a state subject forfeited legal and ancestral right to their own property in the state. This was because of the definition of a “permanent resident” of Jammu and Kashmir as given in Article 35A of the Constitution.

The legislation passed by the parliament on 05 August, sets aside all provisions that were denying aforementioned rights and facilities to the people and brought them at par with their fellow citizens of the Nation. Women have emerged as special beneficiaries since those married and settled in other parts of the country and even abroad have now been given full rights on their land, and property.

Many looked upon the inability to do away with Article 370 as a failure of the political leadership at both the centre and the state level. The economic and political loss that the people of the state suffered due to continuation of the Articles far outweighs the preferential treatment that it assured. The objective of every law and statute is betterment of the people; if such betterment is not coming by then legality cannot be quoted as a reason for continuing with it.

There is a new dawn in Jammu Kashmir as the region moves forward to enjoy all fruits of democracy and freedom guaranteed under the Constitution of India. The ball is now entirely in the court of the people; they can make or break their destiny and the future of their younger generations.