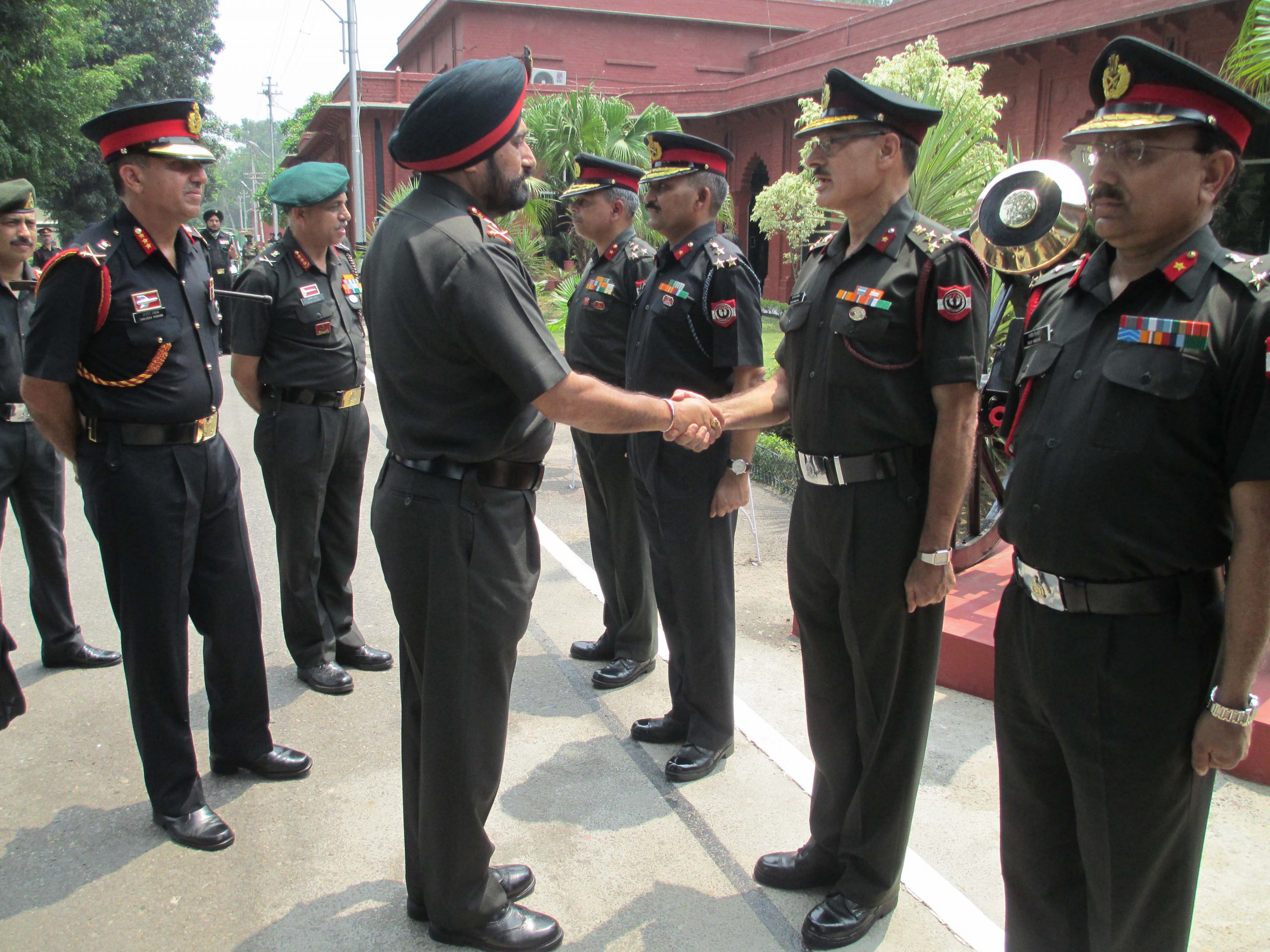 The Army Chief, General Bikram Singh, along with Western Army Commander Lt General Sanjiv Chachra visited the Jullunder based 11 Corps as a part of his ongoing familiarisation and interactive itinerary. The corps is commanded by Lt General Sanjeev Madhok. In accordance with the established norm set by the Chief, he addressed all officers of the Corps and stressed upon the need to maintain highest standards of operational preparedness and discipline. He emphasized on value based leadership, as per the legacy of the Indian Army and the requirement of regular interaction with veterans to imbibe the rich ethos of our predecessors. He expressed satisfaction on the state of operational readiness and appreciated the efforts of the corps to provide quality recreational facilities to the residents. Earlier, the Chief had visited the Chandimandir based Headquarters of the Army’s Western Command.

It may be recalled that two months back in May, 2012, 11 Corps had successfully culminated a large scale exercise code named “Ashwamedh”. The exercise witnessed participation by about 12000 troops and 200 tanks. Apart from the fighting arms, troops from Air Defence, Special Forces, Engineers, Signals and Artillery participated in the exercise which also witnessed a spectacular coordination between the Army and the Air Force.