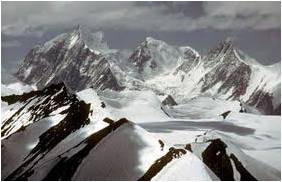 Defence Minister AK Antony has set aside speculations of a possible withdrawal of troops from the Siachen glacier in the wake of intense diplomatic pressure from Pakistan to do so as a confidence building measure. It may be recalled that Pakistan’s Army Chief, General Ashfaq Kayani, had called for demilitarisation of the glacier in April this year, following a tour of the avalanche hit area of Gayari, the portion of the glacier which is in occupation of the Pakistani forces. 129 Pakistani soldiers in had lost their lives in the catastrophe.

“Any deployment / redeployment of troops in the area is contingent upon the threat perception, ground situation and other operational aspects,” said Antony in Lok Sabha. While negating the speculation about soldiers facing extraordinary hardship in the treacherous environment of the glacier Antony stated that, “A composite package of welfare measures for soldiers deployed on the Siachen glaciers, inter-alia, comprises – Siachen allowance, provision of separated family accommodation anywhere in India, free warrant to travel hometown twice in a year, special ration and food developed by DRDO, evacuation by helicopter during medical emergencies.”

Antony further clarified that death during the course of duties on Siachen glaciers is treated as `battle casualties` and enhanced compensation is paid to the next of the kin which includes-enhanced ex-gratia of Rs.20 lakhs, liberalized family pension equal to emoluments last drawn, Death-cum-Retirement-Gratuity, compensation from Army Group Insurance Scheme and ex-gratia lump sum compensation from the Central Government. Liberal contributions are also made from different funds, such as – Army officers benevolent fund, Army wives welfare association fund and Army central welfare fund. The family members of the deceased soldiers are also entitled for education concession card and air travel concession card.