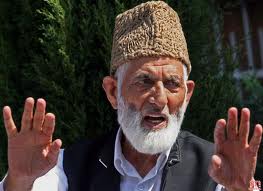 Ramadan is a sacred month when Muslims across the world observe a month of fasting, an activity regarded as one of the five pillars of Islam. During this month, Muslims are decreed by Allah to emphasise on acts of “Deen” (religion) rather than worldly matters. Ramadan is not only about fasting; it is also about being humble, modest and above all, free of all animosities; it is about discipline, self control, self reflection and reformation, a time when the believer ponders over spirituality and piety and brings about a change in his own self for the better. Eid-ul-Fitr, a festival of joy, is a befitting celebration and thanksgiving that marks the end of the holy month of Ramadan.

Kashmir, with its unique Sufi culture has an evolved sense of spiritualism and religion; Kashmiriyat with its tradition of religious amity plays a big role in giving a universal appeal to the holy month of Ramadan and the festival of Eid-ul-Fitr. One remembers a few times about a decade back when even the terrorists declared ceasefire in the month of Ramadan in order to commit the people to the spirit of religion. There was, of course, no negative political activity whatsoever.

Against this backdrop, it becomes very difficult to come to terms with the cult of violence and hatred that has, of late, become a characteristic in the month of Ramadan in the valley of Kashmir. It is even more difficult to digest the fact that what did not happen in the years when terrorism was at its peak is happening now when peace has prevailed to a great extent.

The headstrong attitude in more visible in the political leadership of the valley than anybody else; regrettably it is the leadership that is openly instigating the people towards protests and aggression that goes against the spirit of Ramadan. One can, of course, not give a clean chit to the mainstream leadership of Kashmir but it is the separatists who are the biggest culprits in this regard. Not one separatist leader has refrained from confrontationist politics through the holy month.

A data of the statements made by the senior most separatist leader, Syed Ali Shah Geelani, during the month of Ramadan has been prepared to elucidate the negativity. On July, 10, Geelani said, ““New Delhi would not have succeeded in implementing its anti-people policies in Jammu and Kashmir without support of its stooges like Omar Abdullah, Mufti Muhammad Sayeed and Saif-ud-Din Soz”. This was an appalling initiation of a month when brotherhood is expected to be central in human behaviour.

By July, 15, in the aftermath of the unfortunate incident in Gool, Ramban the separatists declared three days Hartal in the valley regardless of the feelings of the common man. Geelani was the prime force behind this shut down. Obviously, the government had no option but to impose curfew adding to the misery of the people. Thus, the hapless people were literally caged when they wished to build on their relationships.

On July, 24, Geelani held an Executive Council meeting of his party; he spoke of the violence in Budgam and hinted upon it being a “conspiracy.” “There was minor a scuffle between the two persons and mysterious hands manipulated it to the hilt to fuel sectarian clashes,” he said. One would have expected a leader of his stature to assuage feelings between the communities; instead, he added fuel to the fire.

On July, 31, while demanding the disbanding of the Village Defence Committees due to the alleged rape of a woman in Kishtwar, Geelani made an extremely communal remark, “ “The RSS and Shiv Sena parties have long term plans to get these areas vacated from Muslims. The VDCs on the instructions of these Hindu fanatic groups are harassing and terrorizing the Muslims to make their life miserable,” he said. The end result of the fire he stoked was seen on the day of Eid when a communal situation of huge proportions erupted in Kishtwar. It could have been avoided if Geelani had tried to bring down sentiments when the alleged tragic incident took place.

It is quite evident that Geelani has gone against the spirit of Ramadan in his utterances. If he has not been able to get his misconceived writ established in the valley over his long lifetime not much would have been lost by laying off politics and spreading goodwill during the holy month. If this is too much to ask for, at least, he could have stayed quiet; that he did not do so indicates a deep sense of frustration.

The issue of antagonistic behaviour by the Kashmiri political leadership during holy month of Ramadan has been elucidated by exemplifying Geelani since he is the senior most leader. This does not imply that other leaders like Mirwaiz Umar Farooq, Yasin Malik and even Chief Minister Omar Abdullah or Mufti Mohd Sayeed do not have their fair share of negative statements. The political situation in the Kashmir valley is becoming more volatile by the day. Even the holy month of Ramadan and the festival of Eid seem to have lost their sanctity. It is time for the political leadership of the valley to reassess its deeply entrenched positions, its inflexibility and its unwillingness toward accommodation that is resulting in creation of an environment of intolerance and leading to avoidable violence. One can only hope that introspection will lead to an end to the use of the despicable language and blinkered vision of the leadership that is leading to nothing less than ruin.