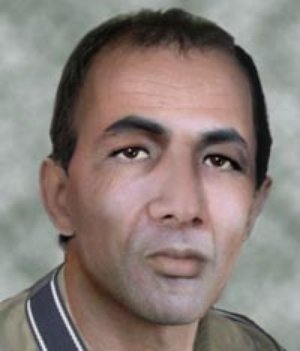 Huye mar ke hum joruswa, huye kyun agarqe darya, Na kabhijanaaza uthta na kahin mazaar hota. [It would have been better that I drowned instead of dying the disgraceful death that I did, for then no one would have had the chance of disgracing me during my burial nor would there have been a grave that one could defile]

No doubt as Osama bin Laden was consigned to his watery grave, the Americans ensured that he was denied immortality while they achieved for their nation the much and long awaited retribution. Be that as it may, for the discerning mind, this incident came along with a number of messages along the side lines. The first is the manner in which Pakistan stands exposed. The fact that the world’s most wanted terrorist was residing in the midst of bustling urban Pakistan,without the knowledge of the authorities, with complete impunity seems like a tall tale to swallow. All said and done Pakistan’s reputation as an untrustworthy rogue state has certainly been established beyond doubt.

The issue does no rest here, Saif al-Adel, a high-ranking commander in Al Qaeda and long time associate of Osama bin Laden has reportedly been appointed the “caretaker,” of the organisation. He belongs to an Egyptian family known as “Khadr” which has been involved with al Qaeda and Jihad for almost two decades now. The family members are said to be scattered in Pakistan since the 9/11 incident in which they were actively involved. The family patriarch was killed, in Pakistan, in October 2003 and his youngest son, the brother of Saif al-Adel was paralysed. It is being said that Saif al-Adel is also based in Pakistan. A Pakistani newspaper article datelined from Rawalpindi, which is the home to Pakistan’s army headquarters, has corroborated the appointment citing unnamed sources. Saif al-Adel has a bounty of $5 million on his head and he is probably in Pakistan. Osama may be dead but Pakistan’s relationship with al Qaeda seems to be as strong as ever and likely to last for a long period to come.

No doubt, big brother United States knows all this but is silent because it needs Pakistani soil to launch and continue its war against al Qaeda and Taliban. Now that the face of Al Qaeda has been decimated and the beleaguered American ego has been suitably massaged, the US and NATO forces in Afghanistan may be on the look-out for an opportunity to withdraw from this hostile territory. When this eventuality takes place, the now dormant yet simmering fundamentalist movement will get a fresh lease of life. There is a likelihood of the Taliban regaining hold over the hitherto uncontrollable Pakhtoon belt straddling both Afghanistan and Pakistan in order to subsume the demand for a Greater Pakhtoonistan which would lead to Pakistan’s dismemberment. Money from the drug trade, weapons from the rogue segment in the Pakistani establishment, a weak civil government in Pakistan, the eventual withdrawal from the scene of the hitherto perceived enemy No. 1 (United States and its forces) will result in a large contingent of unemployed but dangerously armed and largely unregulated men trying to wrest political and military power in the country.

What is of concern to India is the fallout for our border states particularly Punjab and Jammu and Kashmir. The location and situation in Kashmir will provide an ideal alternate target for them in the absence of the Americans. It goes without saying that directing them towards Kashmir will admirably serve the evil designs of the Pakistani army and more particularly the ISI. Infiltration in the coming days and weeks is likely to increase and terrorist activity in the region is likely to rise, warnings to this effect are being given both by the Army and the intelligence services. Disruption will come from other well established quarters also. As the summer approaches and the valley gets ready for the tourist season, trouble in one form or the other begins to brew. If it was the Shri Amarnath land transfer row one year, it was the stone pelters the next year. The result in both cases was the same. The valley remained on the boil throughout the summer and put paid to the tourist season. The harm was caused to the individual Kashmiri dependent upon the tourist influx for supporting his family or to the state exchequer in the form of lost taxes.

Obviously, such trouble is orchestrated by agencies that profit through the harm caused to the state and its residents. The role of Pakistan through its agents in creating trouble is fairly visible to all right thinking individuals. Even recently, the hard line separatist leadership, no doubt at the behest of Pakistan, organised a Bandh to protest the killing of Osama bin Laden and the manner of his burial. Needless to say, the Bandh proved to be an undisputed failure absolutely lacking in mass support. But, had it elicited even a minor response from the public, no doubt the perpetrators would have managed to blow things up in a manner that trouble would have continued to plague the valley for the rest of the summer.

The security scenario in Kashmir is as critical as ever since the enemies continue to be in the reckoning. One can simply not afford to be complacent. Osama may have been eliminated

but he was nothing more than a symbol. The evil movement that he has set in motion still remains. Moreover, the al Qaeda/Taliban/ISI cadres will be on the lookout for fresh targets as soon as the Allied forces have retreated. There is a pressing need under the circumstances to remain vigilant and ensure that the radical elements of Islam do not gain a foothold in the tolerant valley of Kashmir.