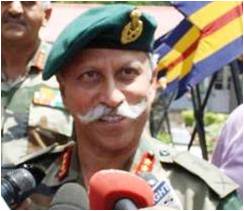 Withdrawal of AFSPA from some districts of J&K or its dilution has been a topic of hot debate in the last few weeks, especially after Omar Abdullah’s fiery announcement of is imminent repeal from some areas and the centre’s considered opinion that the sensitive issue merits more deliberation and consensus amongst the stake holders, especially so, the Army. In the meantime, various individuals and political parties have expressed their opinions. Some have demanded scrapping/dilution of the so called “draconian” Act on a flawed perception that it provides impunity for Human Rights abuses by the Army and fuels cycles of violence. A perceived return of ‘normalcy’ to the Valley is also cited as a justification for repealing the Act. Now that the intensity of the debate has gone down to an extent and an attempt is being made to reduce the gap in perceptions, it would be prudent to objectively analyse the crux of the issue, the options available and the attendant ramifications.

The central security establishment holds the opinion that the falling violence levels in the Valley may not indicate reduced militant activity. Infiltration is on the rise; nearly 2.500 militants are lodged in 42 terror training camps across the border, around 800 of them are waiting at the launch pads ready to be pushed across the line of control at the first available opportunity. Moreover, the linkages of the Delhi High Court blasts to J&K further establish that the lull in the state is only superficial. Although no major terror or militancy-related incidents were reported in J&K following the removal of Army bunkers from city areas earlier this year, agencies warn that the militants could possibly be testing waters.

If AFSPA is removed from some parts of J&K at this juncture, there may not be any major impact as the winter has already set in and snow will soon block all the passes. However, as the next summer dawns and the pressure to withdraw AFSPA from more areas builds, JK Police may find it difficult to control things on its own. In such a scenario, in the event of a violent outbreak in the Valley, requisitioning of the Army may become necessary and lead to the re-imposition of AFSPA. The attendant loss of face would be critical for the government and the political establishment.

Recently, the media was agog with reports of a J&K Government’s plan to withdraw the Disturbed Areas Act (DAA) from ‘Greater Srinagar’ in December 2011, with a view to assert the `supremacy’ of the civilian Government. The decision is perhaps influenced by the Manipur model, where the State Government had withdrawn the DAA from Imphal in 2004 under pressure from civil activists and political opponents. But one has only to witness the anarchy prevalent in Imphal today and the failure of the Manipur government to control the militant groups (who exercise complete hold on the National Highways passing through State) to realise the folly of this decision.

The Ministry of Defence has its own set of very valid reasons for continuance of the Act in its present form, based on logical national security imperatives. There has been no change in Pakistan’s ideology and will to support the proxy war in J&K; reduced violence and declining infiltration is due to proactive operations by the security forces and not due to a change of heart of the perpetrators; withdrawal of US Forces from Afghanistan in conjunction with rapidly deteriorating internal situation in Pakistan spells trouble for J&K in the near future; counter terrorist operations by the Army are not restricted to the line of control alone but cover the adjoining areas and the populated hinterland from where the terrorists operate and draw their support, hence, AFSPA cannot be applied in pockets; lifting of AFSPA from urban areas will facilitate terrorists in rebuilding their bases, subsequent eviction will result in civilian casualties, collateral damage and a renewed cycle of violence.

We must not forget that the Army got involved in operations in J&K’s hinterland, not of its own volition, but because of the deteriorating internal security situation. In the last few years, the Army has ensured zero tolerance for HR violations. It has also reduced its presence in major towns/cities and along the National highway by gradually handing over responsibility to JK Police/CRPF. The intention to gradually fade into the background is quite palpable, yet, AFSPA is being used as a convenient tool to vilify and blame the Army for all the ills that afflict the Valley. Cases of civilian deaths/injuries and damage to property are attributed to the “draconian powers” of AFSPA, irrespective of whether such loss has been caused by JK Police, Central Police Organisations or some other reasons unrelated to the security forces. AFSPA’s powers to search and arrest without warrant and use of force do not imply that the Army is on a rampage in the Valley, any impartial inquiry will show that there have been almost no cases of illegal arrest or wanton killing during the last few years.

What then is the recipe for peace, for the strife torn Valley. Perhaps, we need to wait and watch a few more summers of relative peace and calm. The overall security situation should be being closely monitored by all concerned, including the media. Withdrawal/dilution of AFSPA can be considered once the situation is found to be conducive by all stakeholders. The panel of interlocutors has suggested scaling down of visibility of Armed Forces in the Valley and pruning the list of ‘disturbed areas’ to reduce the ‘sting’ of the AFSPA. This recommendation can be given a fair trial and built upon if found to be practical.