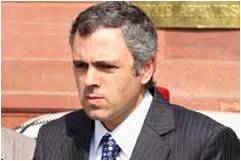 A few days back, newspapers of Jammu and Kashmir were abuzz with the pandemonium that took place in the Legislative Council of the state due to a face off, not between the government and opposition benches as is usual in democracies, but between the members of the coalition government itself. The members of the National Conference got into a spat with the members of the Congress party over what is now being referred to as the PHE scam and what ensued was a free for all that would put even rowdy street urchins to shame. There are two matters that deserve mention in this regard; first is the fact that the scam under discussion is said to be to the tune of Rs 20,0000/- crore; this brings to light the degree of corruption that is prevalent in the state and the governments complete complicity in the same. Under such debilitating circumstances what development can the people expect from the government? The second is the gutter level politics that are the trade mark of the state. This is not the first time that the members of the government have locked horns publically in this manner. In fact, at the time when the Farooq Abdullah led government had a complete majority in the assembly, members of the ruling National Conference itself used to hurl corruption charges at each other; so much for decorum amongst the august law makers of the state. The seems that the political class of the state has become so shameless that it no longer cares as to what the people think of its actions and activities.

All this is happening at a time when the state is facing some very grim social, political, economic and, above all, security challenges. Gross unemployment, general restlessness, an uncertain future and issues like the execution of Afsal Guru are giving enough ammunition to the separatists and other divisive elements to raise voices of dissent all over again. As the summer months approach these voices are likely to gain momentum. The government does not seem to have any coherent policy in place to meet this challenge; if it is there it has not been made public. With no political initiative in place the agitations are bound to enter into the streets and cause huge security problems. The end result will be getting back to square one; demonstrations turning violent and Kashmir once again in the news for all the wrong reasons. One cannot help but feel that the Kashmir leaders actually want all this to happen so that they gain space in the media and their relevance to their respective financers remains alive.

It is, most unfortunately, the people and the hapless security forces who suffer due to these evil dynamics carried out, year after year, by some vested interests. The people will suffer huge economic loss and the security forces will be called upon to carry out the thankless task of maintaining peace. The impact of the turmoil will be borne by those who were not responsible for it in the first case.

It would be best to remind the government about its responsibilities in the next few months. The movement of the government offices, most erroneously referred to as the “Durbar” in the state, is a huge security threat for which all forces, the army, para-military and state police, are mobilised to the last man. One can only hope that the state leadership appreciates the degree of hard work and preparation involved in ensuring that the move is carried out without any untoward incident. One would expect the ruling dispensation to find time from its internal bickering and put in their penny’s worth in making things easier for those who have to work on ground. Instead to resorting to business class travel from Jammu to Srinagar by air, one would love to see the ministers setting an example by travelling with the convoy and that too without pilot jeeps and unnecessary protection.

The second big challenge is increase in infiltration and terrorist activity from across the border due to opening up of the weather and clearances of the mountain passes. Frantic efforts are made by the army to repair the line of control fence that gets eroded due to heavy snow fall. This has to be done under enemy fire and in a time bound manner so that the weakness of the defence structure is not exploited by the enemy. At the same time, the security forces functioning in the hinterland have to keep extra vigil, day and night, to thwart terrorist attacks that come by in this period. The political class of the state does not even refer to this battle of life and death that is fought every year in the spring season and onset of the summer. One would like to see a proactive involvement of the leadership this year.

The third and most important point is politically thwarting the divisive agendas of the separatist element in the state. The political leadership should take initiative to contain the social turmoil that divisive forces are getting ready to unleash in the next few months. It is for the elected representatives to speak to the people and ensure that they do not fall into a trap leading to disruption.

All this is possible only if the leadership comes across as cohesive, committed and concerned. In case it comes across as divided and self-centred, it loses the moral right to guide its constituency in the desired direction. In Kashmir it is the security forces that have, for long, been putting in maximum effort and also emerging as the scapegoats. It is time to change this one-sided and incorrect equation and expect results from those who have been elected to deliver. Now the situation in the region is such that only accountability of the political class can produce results, hence, the sooner the better.