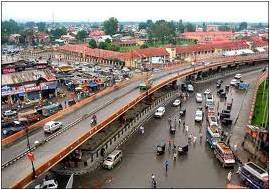 On Thursday, December, 22, the Hurriyat leader, Syed Ali Shah Geelani, made a statement where he blamed the Government of India for ‘social engineering’ through its different policy programmes. The separatist leader implied that the Indian government is employing sinister methods to destroy the social fabric of Kashmir. He has reportedly said, “They are trying to change our culture, tradition and beliefs by employing different tactics. Their first targets are Sarpanchs, Panchs, former renegades and some clerics. The motive behind sending them on tours is to change the public opinion in favour of India and against the ongoing (Azaadi) movement.”

It is not very difficult to decipher what actually is bothering Geelani; his brand of politics is based on the most extreme form of Islam; he has never been a supporter of the inclusive form of spiritual ‘Sufi’ Islam, prominent in Kashmir valley; his world view is not in sync with the time in which he is living, he is old and refuses to keep pace with the modern world and its imperative requirements. It is because of this blinkered approach that he has expressed resentment towards a perfectly legitimate initiative being taken by the government.

‘Bharat Darshan’ is a decade old program, whereby, students, senior citizens, religious heads etc are taken across India. This is done to educate people about the richness and diversity of their motherland. It is necessary to take such initiatives, especially so, in the remote and backward regions of the country where people do not have the means or the capability to travel on their own. These tours help in dissipating information across the society. The recently elected grass roots leaders of Kashmir were taken on such tours with the objective of expanding their horizons and assisting them in performing their duties more efficiently.

Now the question arises – why is Geelani so worried? The answer is very simple, any person who has travelled across India and seen its diversity and openness would not accept the propagandist separatist rhetoric at face value. He would not take long to understand the over simplified one sided view that such narratives espouse. A narrative which paints things in black and white and where there is no scope for any argument and debate. The zealots fear the open mind that these Bharat Darshan programmes aim at achieving; they fear the broadening the horizons which would make their task of indoctrination all the more difficult. It is strange that the Hurriyat patriarch does not like people of valley to go out across India when it is being said that he himself has a farm house in Delhi and regularly visits the national capital. What is good for the geese is good for the gander Mr. Geelani.

It is worth mentioning that this year has been the most peaceful year in Kashmir since militancy began almost two decades ago. The large number of tourists and pilgrims to the holy shrine of Amarnath have brought in much required money in the valley and reduced to an extent the high degrees of unemployment that was a direct fallout of the years of turmoil. The people have understood that mere sloganeering cannot take care of their hunger and as such demands of shut downs from separatist are no longer receiving much support. Geelani and Mirwaiz have been subjected to a lot of criticism in their own bastion of Kashmir not to talk of their poor impression in the other parts of the State. There is ample proof of their losing support. It is no wonder that desperation is setting in and is causing them to take such extreme positions.

In the same address Geelani further accused the government of promoting social evils in universities of Kashmir. He said, “This is a part of planned conspiracy to mutilate the Muslim identity of Kashmir. And waywardness is being promoted in our colleges and universities in the name of cultural programs.” Speaking further on this, he blamed the government for waging cultural aggression.

This statement of Geelani was in response to the recently held musical programme in Kashmir University and ongoing debate on restarting cinema halls in Kashmir valley. It seems culture and Islam do not go together so far as Geelani is concerned. This perception is, by itself, not in concert with Islamic thought process. A very significant portion of India’s rich culture and diversity has been derived from the times of the Muslim Sultans and the Mughals. Kashmir itself has been the epicenter of culture for ages. Yet, Geelani wants Indians to believe that there is no space for cultural activities in Islam. Does this mean that music and dance is not found in any Islamic country? The fact is totally different and it is well known that all Muslim nations have very distinct cultures and highly developed interests in music and arts.

Geelani is determined to Kashmir detached from the world and attached to his dogmas and pervert political narration. He does not want youths to live a normal life as it is perceived in modern times. Cultural activity helps in overall growth and development of young inquisitive minds. The suppressed youth of Kashmir is enjoying peace after a long time, some for the first time in their lives and they have all the right to make the best of it. It is the responsibility of every one to ensure that no Geelani and his follower with their moronic views stops the cultural rise of Kashmir. The world of the separatists is shrinking and they are becoming desperate. They want the grave yard of terrorism to rule over the living in Kashmir. This cannot be allowed. The people have the right to live their life to fullest and it is time now for the separatists to accept the change gracefully