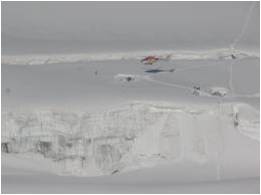 The grateful Nation, on the occasion of the country’s 66th Independence Day, has bestowed awards for conspicuous gallantry displayed in service of the nation upon 62 of its brave soldiers, The gallantry awards to armed forces personnel and members of paramilitary forces include 15 Shaurya Chakras (The third highest gallantry award in India), one Bar to Sena Medal, 42 Sena Medal, three Nao Sena Medal and one Vayu Sena Medal. Major Chandrashekar Singh of the Army Aviation Corps has been awarded the Shaurya Chaka Posthumously for a mission in the Siachen Glacier where he embarked on a helicopter sortie in extreme, unpredictable weather conditions in order to keep his comrades in the forward piquet’s maintained with essential supplies. He sacrificed his life for his duty.

The Indian people have every reason to be proud of their armed forces who have demonstrated, once again, their unrelenting and selfless commitment to the safety, security and integrity of the Nation. At the same time, the high number of gallantry awards indicates that ours is not a peacetime army and that the threats to the nation, both internal and external, are very much potent. There is a reason to stay constantly vigilant and to ensure that the forces are kept maintained at maximum efficiency so that evil and inimical designs against the nation do not fructify.