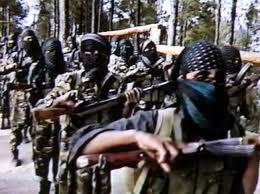 A Pakistani militant in the custody of US forces has reportedly stated that the Pakistani generals have not given up on the policy of nurturing terrorists against India “The system is still functioning and the government is not interested in eliminating this source permanently,” said the militant in an interview for the US magazine New York Times. In a shocking revelation he said that Pakistan has 12000 to 14000 trained Kashmiri militants scattered in various camps and ready to be infiltrated as and when the opportunity presents itself. He further added that the ISI continues to nurture even those fundamentalist groups which have turned against the Pakistan government. This is being done with the view of using them against India at a later stage.

The numbers quoted by the militant are far in excess to the Indian intelligence report figures which puts this number at about 2500. In case this report is factual then India has a lot to worry about with respect to escalation in terrorist violence in Kashmir in the near future, especially so, in case of a détente in the Afghanistan war.